6 North Texans have been arrested for Capitol riot, and FBI says more could be coming

The attack on the U.S. Capitol is&nbsp;ripping some North Texas families apart, as they are battling the emotions stemming from the criminal acts their family members are accused of committing.

The attack on the U.S. Capitol is ripping some North Texas families apart, as they are battling the emotions stemming from the criminal acts their family members are accused of committing.

Three North Texans accused of crimes at the Capitol back on Jan. 6, have court hearings Monday.

Garret Miller is one of them. FBI agents searched Miller’s home following an early morning raid by federal agents on Wednesday.

The FBI said says Miller posted images online showing him inside the Capitol. Capitol surveillance appears to show the same.

Investigators said miller posted a threat to hang the Capitol police officer who shot and killed a rioter.

In a new email to FOX 4, a family representative said, in part, "his entire family is appalled by his actions and social media postings...we would like to express our most sincere apologies to Alexandria Ocasio-Cortez and the Capitol police officer who was threatened...we are all mortified...he was not like this a few years ago...we love and support Garret the human being, but what he did is absolutely inexcusable. We are so sorry." 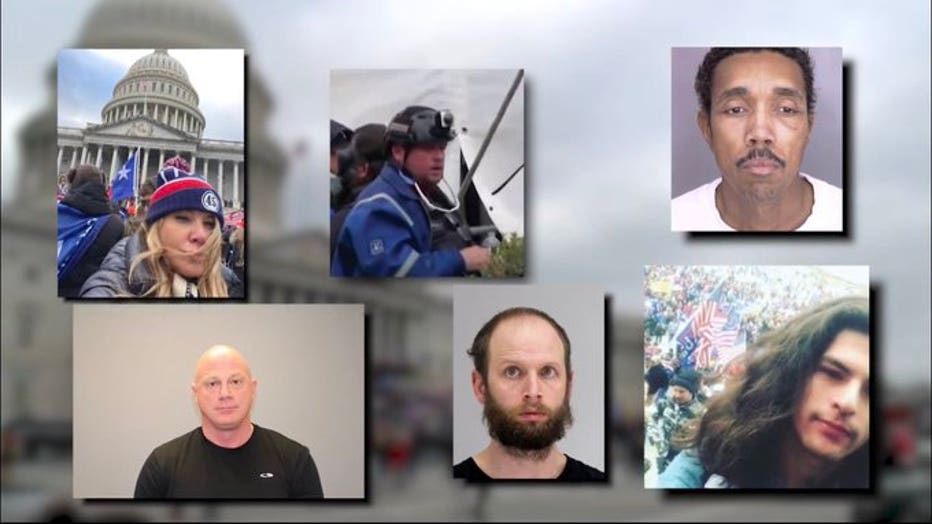 Guy Reffitt, who will also appear in court Monday, was reported to the FBI by his son.

"So I decided to put a tip in just to make sure he doesn’t do anything too crazy, and I got in contact with the FBI after the Capitol riots about my dad," 18-year-old Jackson Reffitt said in an interview with FOX 4 Saturday.

Jackson later told investigators his father said, after being at the Capitol, "if you turn me in you’re a traitor, and you know what happens to traitors...traitors get shot."

"If you were to write down that quote and give it to anyone, ever, it would never be OK. To anyone. Not even your own children or another person," he explained.

[REPORTER: "Have you had a chance to speak with him since his arrest?"]

"No, but I wish I could," Jackson replied.

[REPORTER: "What would you say to him?"]

"I would say I’m sorry, because I don’t feel like I put him in this situation, but I still feel guilty," Jackson said.

[REPORTER: "But would you do it again?"]

"Yes, I would do it again," he answered.

Fannin County’s Nolan Cooke is the other North Texan who has a hearing Monday.

The FBI said the 22-year-old posted photos to social media at the Capitol.

The arrest warrant affidavit states that Cooke admitted to pushing through officers and used a flag pole to bang on a window, but he claims he never went inside.

Cooke, Miller, and Reffit join Larry Brock Jr., Jenna Ryan, and Troy Smocks as the North Texans accused of crimes at the Capitol, and the FBI said more could be coming.

The Department of Justice lists on its website 130 people from across the country who have been charged in connection with the attack on the capitol.