Texas and US Capitol authorities prepare for potentially violent week

Law enforcement is on high alert here in Texas and in Washington D.C. as we lead up to the inauguration of Joe Biden.

Law enforcement is on high alert here in Texas and in Washington D.C. as we lead up to the inauguration of Joe Biden.

Washington D.C. looks more like a military base around the U.S. Capitol and National Mall.

More than 20,000 troops have been in D.C. for days following the deadly riot at the Capitol. 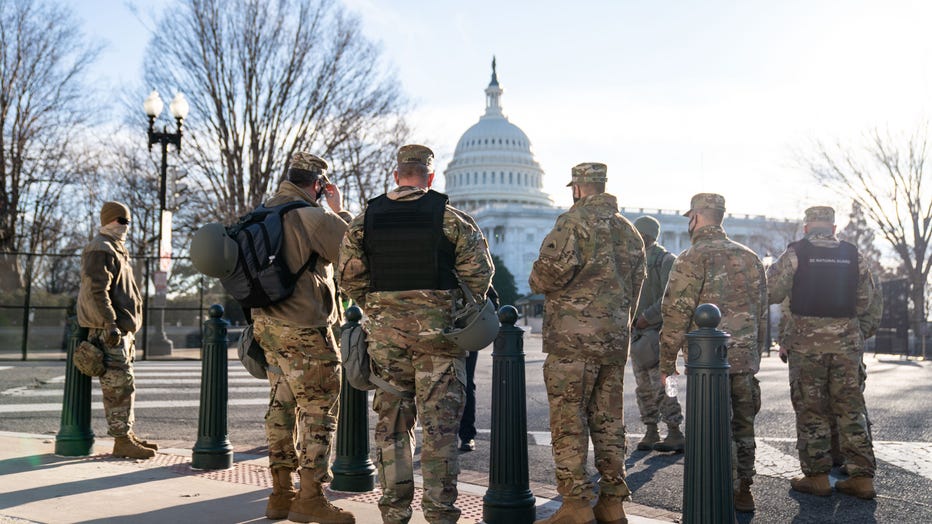 Members of the National Guard stand across the street near the Senate office buildings with the U.S. Captiol in the background as heightened security measures are put in place around the U.S. Capitol Building a day after a pro-Trump mob broke into th (Kent Nishimura / Los Angeles Times via Getty Images)

Threats of more protests and violence are being monitored in dc and here locally.

Law enforcement officials have analyzed thousands of posts and tips about additional violence.

"Tipsters have turned in their friends, family, and relatives, all increasingly radicalized by inflammatory rhetoric," DeSarno said.

Frisco realtor Jenna Ryan is charged with "knowingly entering or remaining in any restricted building" and also "disorderly conduct on capitol grounds."

He was charged with one count of knowingly entering or remaining in any restricted building or grounds without lawful authority and one count of violent entry and disorderly conduct on Capitol grounds.

Troy Anthony Smocks, of Dallas, is accused of making social media posts, allegedly planning to return to the U.S. Capitol.

Officials said he posted about "carrying weapons and massing in numbers so large that no army could match them."

In Austin on Saturday, DPS increased the number of troops at the state capitol.

"We do not tolerate violent agitators and extremists," DeSarno added.

The head of the FBI described the current situation as seeing "an extensive amount of concerning online chatter."