A 13-year-old girl was shot to death Thursday night in Fort Worth.

FORT WORTH, Texas - A 13-year-old girl was shot to death Thursday night in Fort Worth.

Around 9 p.m., police found Zakavia Walker in the parking lot of a shopping center near Altamesa Boulevard and McCart Avenue on the south side of the city. She was taken to the hospital and later pronounced dead.

Investigators said a suspect ran from the scene after firing the shot that struck the young girl.

During a Friday afternoon update, police said they believe the shooting could be gang-related.

"At this point there is a possibility this is a gang-related incident, however we are investigating all leads including possible witnesses," said FWPD Ofc. Daniel Segura. "We don’t know if they knew each other or are a part of the same group. We do know this is an isolated incident."

The crime scene is less than ten minutes from the address listed as the victim’s home. 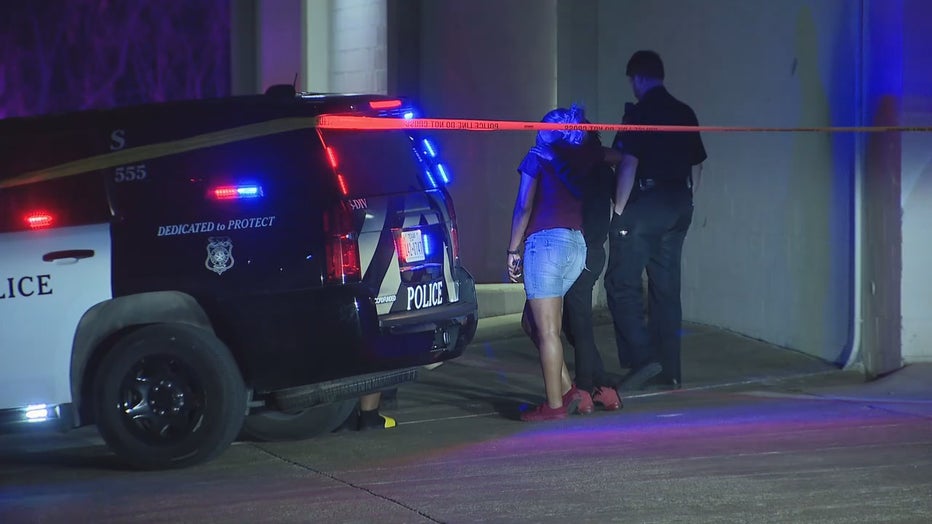 Fort Worth ISD confirmed the girl was a student at Wedgewood Middle School and a team of counselors was on hand at the campus Friday for students and staff.

Police believe someone may have seen something or have video or information that could help investigators track down the person who took the life of the child because it took place at during the evening and not late night.

"A lot of cars are going in this area. We’re hoping somebody else may have detailed information about a suspect vehicle or the suspect. The detectives are trying to talk to anyone who might’ve been there at the time of this incident," Segura said.

Police have not released any information on a potential suspect.

Dallas teen girl, 14, found shot dead on side of road