Grand Prairie police arrested a pawn shop employee and charged him with murder after they say he chased after a suspected thief and shot him while he was trying to drive away.

GRAND PRAIRIE, Texas - Grand Prairie police arrested a pawn shop employee and charged him with murder after they say he chased after a suspected thief and shot him while he was trying to drive away.

Dorian Medina, 22, was shot and killed on Wednesday afternoon outside of Lone Star Pawnshop on West Jefferson Street in Grand Prairie.

Grand Prairie police say that shooter was Price Mackey, an employee at the pawnshop.

Detectives say Medina had just committed a misdemeanor theft at the shop and was driving away when Mackey pulled out a handgun and fired towards Medina’s car.

SKY 4 video shows the car parked on the center median not far from the store’s entrance.

Longtime customer Rick Pruitt was surprised to hear what had happened. 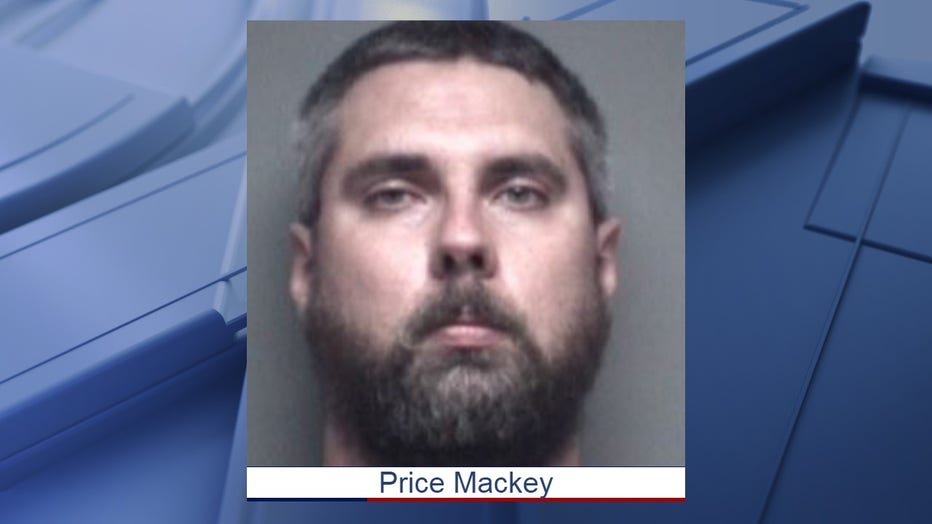 "The guys here, they’re friendly. They’re pretty much pillars of the community," he said. "I mean the guy that owns it never did anybody wrong. He’s got his family working here, so it’s a family business."

Criminal defense attorney Anthony Farmer says without knowing many of the details about the case and based on what police have said, he does not this is a self-defense case or castle doctrine situation.

"If somebody is running away after stealing a small item out of a store, the threat is not reasonable," he said. "And I think you have a case of murder based upon what I’ve heard."

Farmer says the use of deadly force would only be acceptable if that person genuinely felt his life was at risk.

"If the individual who was allegedly stealing an item brandished a weapon, pointed a weapon, then that’s a different story," he said.

Police have not said whether or not Medina had a weapon or whether he made threats directed at Mackey.

A Grand Prairie spokesperson told FOX 4 there have been two reports of theft at Lone Star Pawnshop in the past year, and he says the neighborhood is a low-crime area.

"Nothing is more than the life, you know. It’s somebody. It’s a person. Everything we can get it back. Not a life," she said.

Mackey was arrested and charged with murder. He is being held at the Grand Prairie Detention Center with a bond of $100,000.