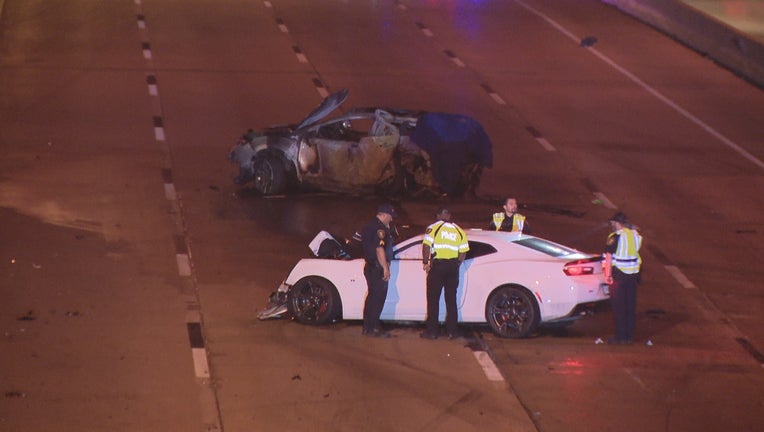 FORT WORTH, Texas - One person was killed, and two others were injured in a fiery crash Tuesday night in southwest Fort Worth.

It happened around 11 p.m. on eastbound Interstate 20 near McCart Avenue.

Investigators said a car struck an SUV from behind and the SUV caught fire.

One person in that vehicle died at the scene.

Two others were taken to the hospital. It’s not clear how badly they were hurt.

That part of I-20 was closed for several hours while police investigated the crash.