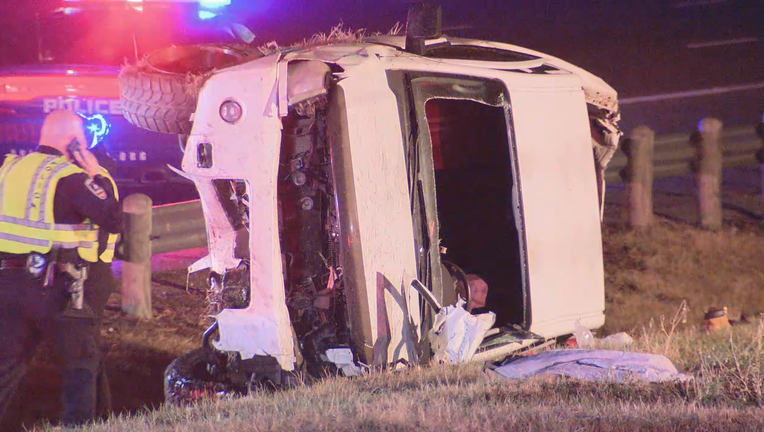 ARLINGTON, Texas - Police said a man was killed and another was injured in a crash in south Arlington early Sunday morning.

The wreck happened just before 2:45 a.m., when police said the driver of a pickup truck lost control along I-20, near Bowen Road.

The truck hit the guardrail and rolled over.

A man was killed, and firefighters had to cut the other man out of the truck.

He was taken to a hospital.