A Winter Weather Advisory is in place for large parts of North Texas.

Among the counties in the advisory: Tarrant, Collin, Denton, Wise and Parker.

Tuesday night, north winds will knock the temperature down to near freezing. Areas north and west of the Metroplex will drop below it.

Moisture will again be developing as very warm air aloft (45-50 degrees) sits on top of the Arctic air and condenses it out. That will create some light rain and drizzle overnight, and obviously, where it's below freezing it could easily be icy.

A decent disturbance will cross the area later Wednesday and then exit Thursday morning. That will create a much higher coverage event, especially Dallas-Fort Worth east and south. Temps will barely budge (in the 30s) and areas north and west will still see ice, albeit much lighter. Still, it may create dangerous conditions on bridges and overpasses. 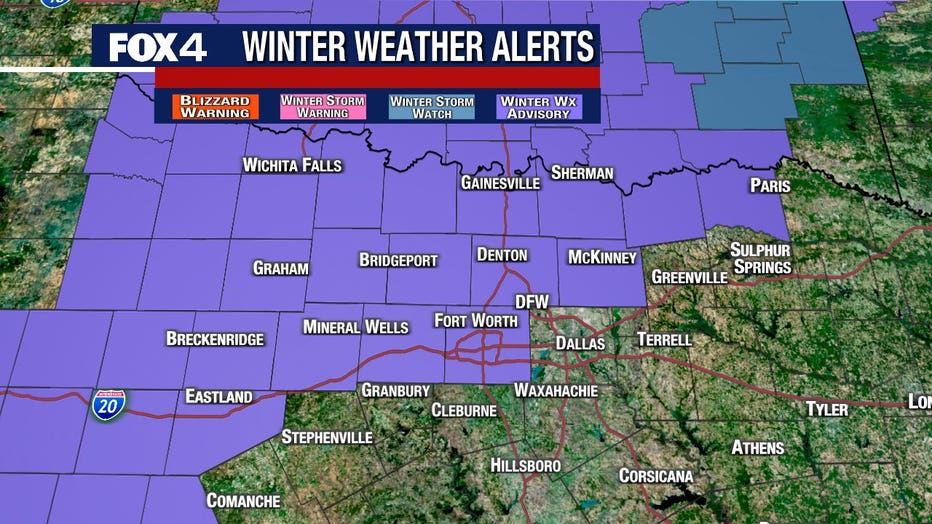 North Texas should dry out later Thursday into Friday as slightly colder air filters in on brisk north winds off the Arctic air mass. Temps may only briefly get back above freezing after teens and 20s at night.

Covering pipes becomes critical by this weekend and don't forget to bring your plants and pets in.

On Saturday, a disturbance ahead of a stronger push of Arctic air may squeeze out the last of the moisture. IF anything falls, it would be a wintry mix (sleet, ice or snow) although at this point amounts would be light. It's NOT a gimme.

What is a gimme is that by Sunday, the temperatures will likely stay below freezing all day after starting in the teens (wind chills single digits).

A stronger disturbance looks to arrive Monday. Based on temp profiles it would be all snow. That's still seven days away but bears watching as we'll be in the 20s! 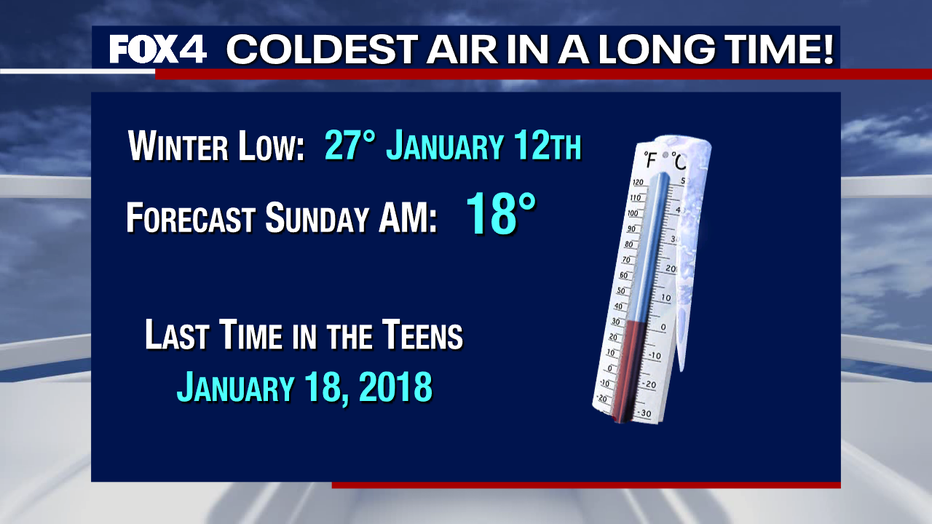