Dirk Nowitzki discusses book about his life and career

Free 4 All's Mike Doocy and Sam Gannon got the chance to talk to a local icon who spent his entire career in Dallas -- The Great Nowitzki. A book with that title is now out in the U.S.

DALLAS - Dallas Mavericks legend Dirk Nowitzki is sharing tales from his journey from Germany to the NBA.

Author Thomas Pletzinger wrote the book "The Great Nowitzki: Basketball and the Meaning of Life." It was released in Germany a few years ago but the English version came out this week.

The 7-foot NBA legend talked about the book with Mike Doocy and Sam Gannon on Free 4 All. 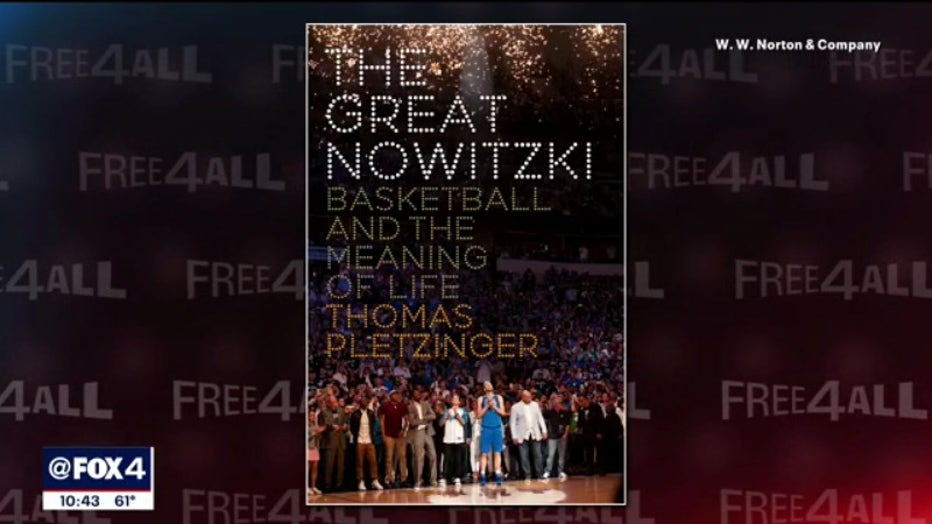 "We didn’t want to do another sports book, another biography. He was born there; you know pictures of a lay-up. We didn’t want to do all that. We wanted to do a little more something special," he said. "The first chapter right away is on my last game and my last home game. And just the way he described it with his language, it almost put me back in that situation."

Nowitski said he enjoyed the original German version and that some parts had to be adjusted in the English translation.