FORT WORTH, Texas - For the first time in school history the TCU Horned Frogs are headed to the College Football Playoff.

Less than 24 hours after a heartbreaking overtime loss to Kansas State in the Big 12 Championship Game the College Football Playoff committee selected TCU as the third ranked team in the playoff.

The national championship game is scheduled for Jan. 10 at Sofi Stadium in Inglewood, California.

The Horned Frogs, whose only national title came in 1938, have never played Michigan.

The 31-28 overtime loss to K-State opened the door for the College Football Playoff committee to leave TCU out of the final four.

While the committee did eventually decide to put TCU into the playoff, the Horned Frogs were not positive it was going to happen. 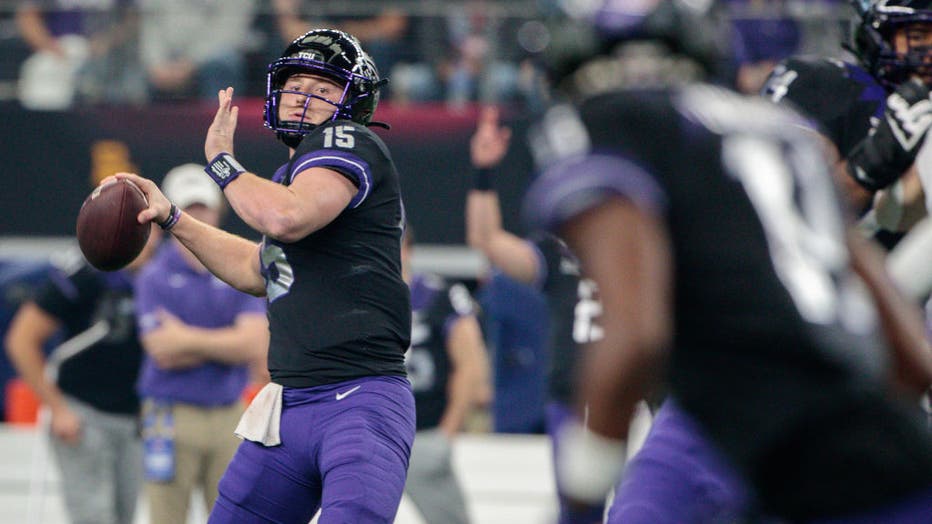 After the loss on Saturday TCU quarterback and Heisman hopeful Max Duggan got emotional.

[REPORTER: "What would it mean to get to bring TCU to the playoff?"]

"You know a lot of pride I think for our fanbase for our team if we were able to do that. There's nothing more that I wanted than to bring this school a championship," Duggan said fighting through tears.

[REPORTER: "Do you feel like you guys should be in the playoff?"]

"I don't even know right now. I think if we got in we would give one heck of a fight. I think our competitiveness would take over, things of that sort, but I don't know, I wanted that one really bad," Duggan replied.

TCU head coach Sonny Dykes said with confidence he believed his team should get in the playoff, but admitted he was nervous about the chance they get left out.

"I think they are going to see it different, but at the same time you just don't know. So I'm concerned obviously, but again I've got faith in the committee and I know we deserve to get in, so I think we will be in."

TCU is just the 14th school out of 131 FBS programs to make the playoff during the 4-team format. Oklahoma is the only other Big 12 school to get in.