ARLINGTON, Texas - Ty Zentner kicked a 31-yard field goal in overtime as 13th-ranked Kansas State beat No. 3 TCU 31-28 in the Big 12 championship game Saturday, leaving the Horned Frogs to wait another day to find out if they had already done enough to get into the four-team College Football Playoff.

The Wildcats set up the winning field goal after TCU (12-1) had the opening possession of overtime and Kendre Miller was stopped short on consecutive plays from inside the 1. 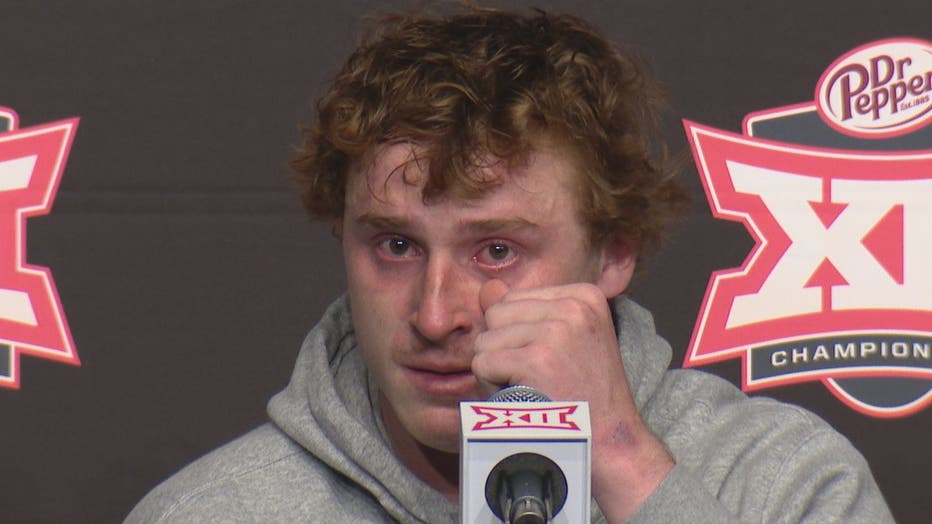 Deuce Vaughn ran for 130 yards and a touchdown and Will Howard threw two TDs for the Wildcats (10-3, No. 10 CFP), who six weeks earlier had jumped out to a 28-10 lead early in the second quarter before TCU scored the game’s last 28 points.

That was one of five games the Horned Frogs (12-1, No. 3 CFP) won when trailing after halftime. But they couldn’t do it again with the chance to guarantee being the first Big 12 team other than Oklahoma to make the playoff.

TCU, the first Big 12 team to complete a regular season undefeated since Texas in 2009, could still get into the playoff. While their case was helped when fourth-ranked Southern California (11-2) lost 47-24 to Utah in the Pac-12 championship game Friday night, the Frogs now have to wait until the final CFP rankings come out Sunday.

Big 12 Commissioner Brett Yormark said before the game that TCU, with first-year coach Sonny Dykes, already deserved to be in the playoff.

"You look at their strength of schedule. You think about how they’ve performed all year long," Yormark said. "I think regardless, they should be in, for sure."