From backup QB to Heisman contender, Max Duggan is leading TCU on a historic season.

FORT WORTH, Texas - Senior quarterback Max Duggan is at the heart of TCU football's 8-0 start to the season. The Horned Frogs, picked to finish seventh in the Big 12 preseason media poll, are currently ranked 7th in the nation heading into Saturday's home showdown with Texas Tech at 11 a.m. on FOX4.

Duggan calls his football journey at TCU ‘eventful' with good reason. In the summer of 2020, after testing positive for COVID-19, doctors discovered Duggan had a heart condition requiring surgery. With his football career and overall future up in the air, Max underwent a successful 9-hour procedure. Duggan then recovered in time to play in TCU's season opener. 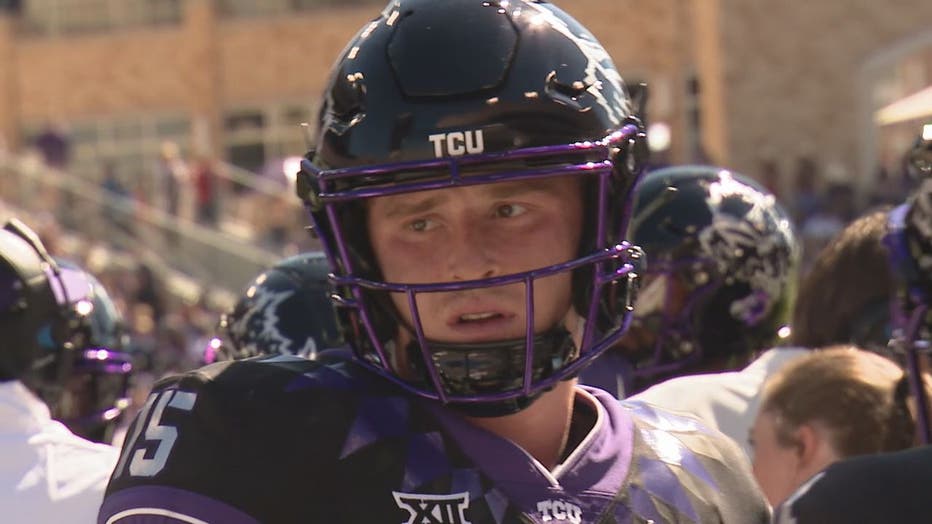 Max started at quarterback during his first three seasons with the Horned Frogs, but the team went just 16-18 during that stretch. After longtime head coach Gary Patterson resigned following the 2021 season, Sonny Dykes took over and reopened the quarterback competition. During fall camp, Duggan lost his starting job to Chandler Morris.

Instead of transferring, Duggan decided to remain with TCU. When Morris was injured in TCU's opener, Duggan stepped in and has since led the Horned Frogs to eight victories. Max's play has thrust him into the conversation for the Heisman Trophy.

Duggan sat down with FOX4's Jeff Kolb to discuss his journey and future.