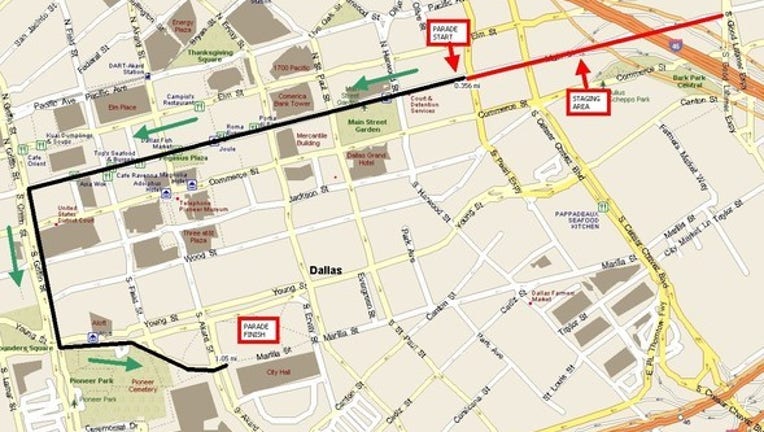 The city will have a parade to celebrate the school's state football championship on Saturday in downtown Dallas. The public is invited to cheer on the champs.

The parade will begin at 10:30 a.m. and run east to west along Main Street between the Pearl Expressway and S. Griffin Street. It will then proceed down S. Griffin, Young and Marilla streets before concluding at City Hall.

More than 20 schools with bands, drill teams and cheerleaders will be featured in the parade.

The state champion South Oak Cliff Golden Bears football team were welcomed as heroes at Dallas City Hall on Wednesday after their historic win for their school and the city.