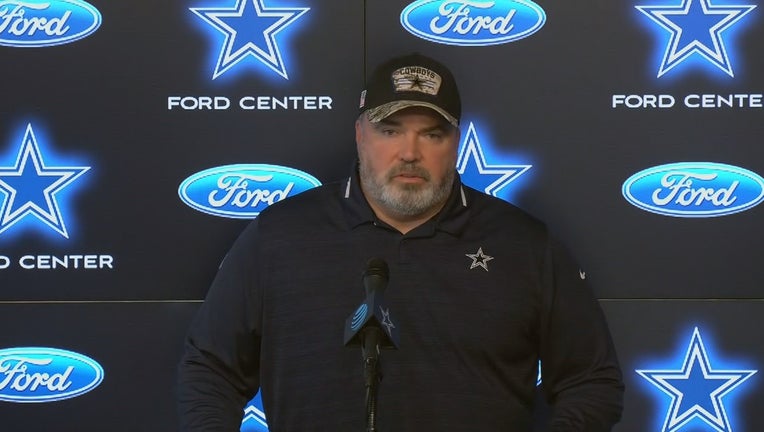 DALLAS - Dallas Cowboys head coach Mike McCarthy shut down speculation that he would lose his job over another embarrassing early exit from the playoffs for the Cowboys.

Many fans blame the team’s head coach for the disappointing playoff loss Sunday against San Francisco.

But if you ask him, McCarthy believes he deserves to lead the team next season.

He said there’s no question the Cowboys fell short of their goals for the season. But when it comes to job security, McCarthy said his record speaks for itself.

"I've had a chance to talk to Jerry after the game for a long time, also saw him again on Monday. We had a very positive conversation, you know, to focus on the evaluation process. I understand what goes on here every day. I know how to win. I know how to win in this league. I know how to win playoff games. I know how to win a championship. So, I have great confidence in that. What we've built here in two seasons, I feel very good about. And I think with that you just stay true to that," he said.

McCarthy said the team is still in the evaluation process and ready to build on this year’s accomplishments for the next season.