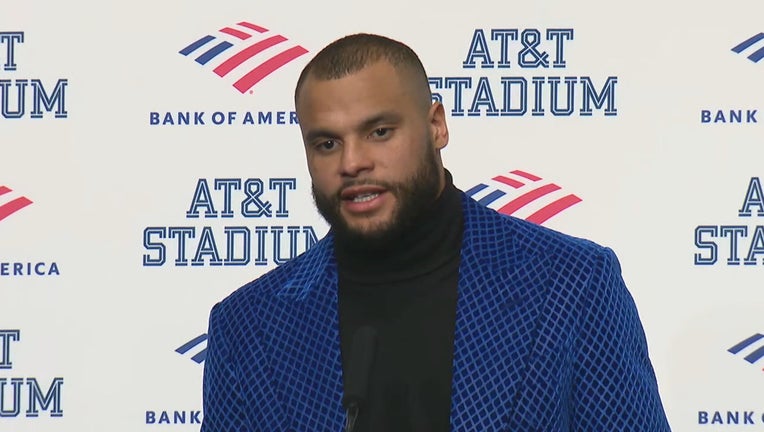 DALLAS - Cowboys quarterback Dak Prescott is apologizing for what he said after Sunday’s playoff loss.

Prescott reacted to reporters’ questions about fans throwing garbage on the field after the game.

"To know everything we put into this, day in and day out. Try our hardest. No one comes into the game wanting or expecting to lose and for people to react that way when you’re supposed to be a supporter and be with us through thick and thin, that’s tough," he said.

"I think they were aiming at the referees," a reporter clarified.

He was clearly frustrated after a game in which the Cowboys were penalized 14 times.

Afterward, he tweeted that he was caught up in the emotion of the disappointing loss and that his remarks were uncalled-for and unfair.

The NFL Referees Association has not responded but the National Basketball Referee’s Association accused Prescott of condoning violence against game officials and called on the NFL to take action against the quarterback.