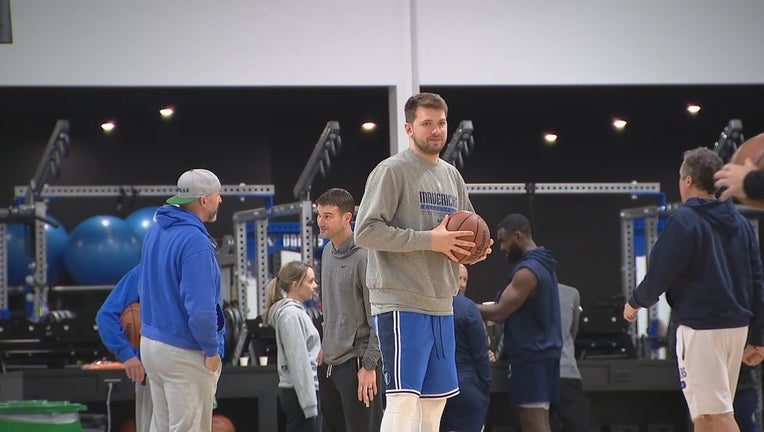 DALLAS - After missing the first two games of the playoff series, the Dallas Mavericks are hopeful that star player Luka Doncic will be on the court for Game 3.

There is growing optimism that Doncic will be back on the court in time for the next game against the Jazz in Utah.

The team’s starting guard missed the first two games of the playoff series with a painful calf strain that he suffered in the final game of the regular season.

There are now reports that Doncic could play Thursday or at least in Saturday’s Game 4.

The best of seven game series is currently tied at one game a piece.