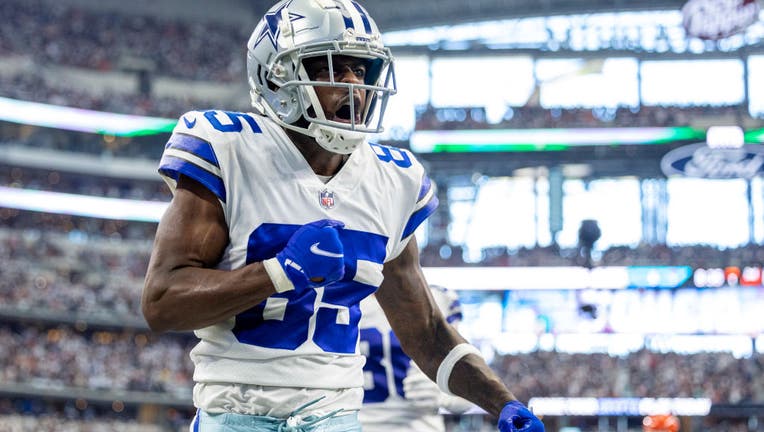 ARLINGTON, TEXAS - SEPTEMBER 18: Noah Brown #85 of the Dallas Cowboys celebrates after catching a touchdown pass during a game against the Cincinnati Bengals at AT&amp;T Stadium on September 18, 2022 in Arlington, Texas. The Cowboys defeated the

ARLINGTON, Texas - Cooper Rush is set for his third straight start at quarterback for the Dallas Cowboys when they take on the Washington Commanders on Sunday.

Rush has led two victories since Prescott fractured his right thumb in a season-opening loss to Brady and Tampa Bay. Including one start last year, the undrafted sixth-year player is 3-0 filling in for Prescott.

All three Rush-led victories included game-winning drives in the fourth quarter or overtime. Only one other other NFL quarterback — Chicago’s Virgil Carter 1968 — has done that in his first three starts.

The most recent was a 23-16 victory at the New York Giants on Monday night, a second consecutive victory for Dallas after opening with a loss.

"I just think the climate and how we’re set up is really conducive for the next guy to be ready," Cowboys coach Mike McCarthy said. "He’s put together two excellent games. But the more you play, the more film you have, and I’m sure Washington will challenge us accordingly."

The Cowboys will look to say above .500 as they take on the Commanders.

How to watch: In Dallas, you can watch the entire game on FOX 4. If you're outside the DFW area, you can catch it on all FOX stations throughout Texas. You can stream it on the NFL app and NFL Network. NFL rules prohibit FOX 4 from streaming the game so, as much as we'd LOVE to stream the games here, we can't. Sorry.