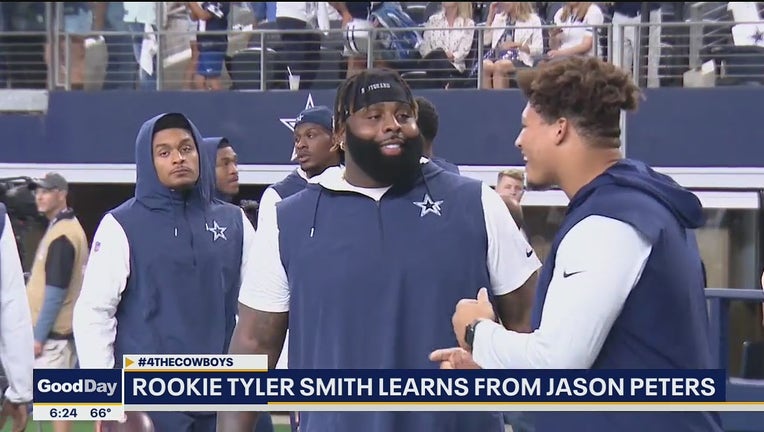 And so far, he’s been impressing the coaches. He’s been able to open some running lanes for running backs Ezekiel Elliott and Tony Pollard.

Smith is filling in for the injured All-Pro Tyrone Smith.

"He’s helped me progress my game. You know, what I feel like is light years from where I was, not necessarily in anything I’m doing but just my mindset and how I think about the things I’m doing," Smith said. "He’s been doing this so long that, you know, he knows I wouldn’t say shortcuts, but he knows how to explain it in such a way that makes it pretty simple."

The Cowboys take on the Washington Commanders Sunday at noon on FOX 4.

Injured quarterback Dak Prescott is not expected to play. He has yet to return to practicing following thumb surgery and likely won’t return until at least Oct. 9 when Dallas plays the Rams in Los Angeles.