DALLAS - It's official – the Dallas Mavericks have a new head coach and general manager.

Jason Kidd will be the head coach and Nico Harrison will be the franchise’s general manager and head of basketball operations.

The official announcement from the team came on Monday afternoon, but media reports all but confirmed the moves late last week.

Kidd spent five seasons as a head coach -- four with Milwaukee and one with Brooklyn. He’s seven games under .500 in his coaching career, but took his teams to the playoffs three out of the five years. Kidd spent the last two seasons as an assistant with the Lakers. 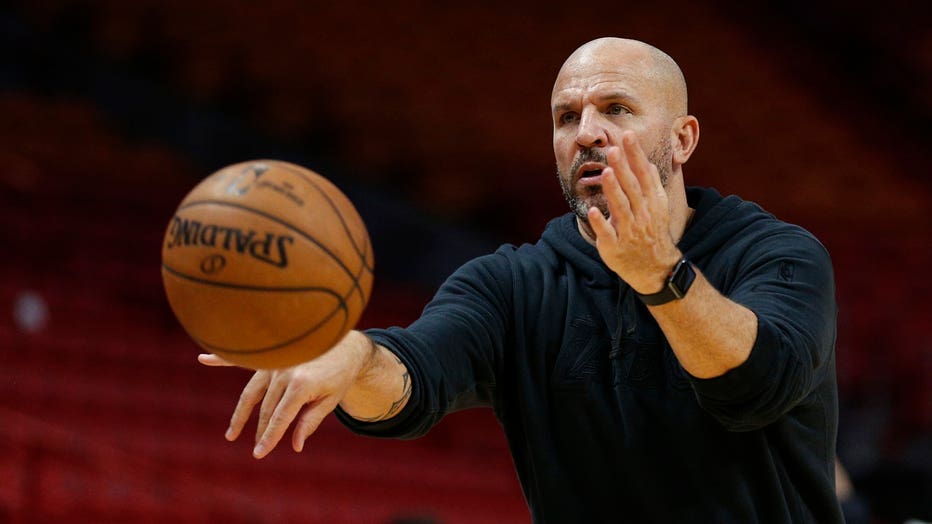 "Dallas has meant so much to me as a player and I want to thank Mark Cuban for the opportunity to return as a head coach," Kidd said in a statement.

This is Harrison’s first job in the NBA. The Nike executive has developed strong relationships with a number of NBA players in his nearly two decades at the footwear/apparel company.

"Nico brings a wealth of basketball knowledge along with both executive and leadership skills. He has proven to have a unique eye for talent on and off the court," Cuban said in a statement.

"I’m grateful for this rare opportunity and want to thank Mark and the rest of the organization for putting their trust in me to move the team to the next level," Harrison said.