The shakeup of the Dallas Mavericks continued on Thursday as Rick Carlisle informed the team he is stepping down as head coach after 13 seasons.

DALLAS - The shakeup of the Mavericks continued on Thursday as Rick Carlisle has informed the team he is stepping down as head coach.

Carlisle told ESPN NBA reporter Adrian Wojnarowski that he is leaving on his own after multiple conversations with owner Mark Cuban over the past week.

"This was solely my decision," he said in a statement to the ESPN reporter.

The Mavericks also put out a statement confirming Carlisle's departure.

"Rick informed me today about his decision to step down as head coach," said Mark Cuban. "On top of being a tremendous basketball coach, he was also a friend and a confidant. Rick helped us bring the O’Brien Trophy to Dallas and those are memories I will always cherish. I want to thank Rick for all he gave this franchise and this city. We wish him all the best." 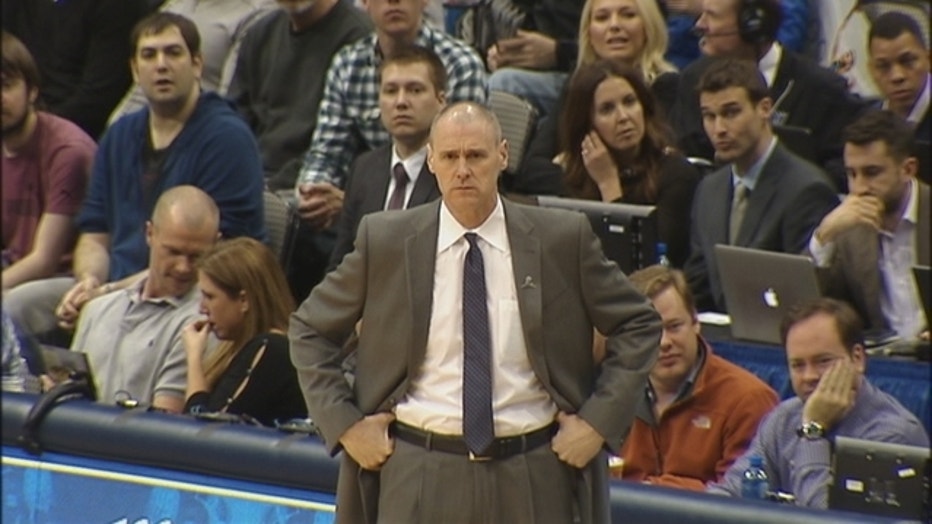 Carlisle had two years left on his contract and was head coach for 13 seasons in Dallas, including the 2011 championship team.

Carlisle's departure comes one day after longtime general manager Donnie Nelson left the franchise. Both sides characterized that exit as a mutual decision.

Calls for change in the organization within the front office and on the team grew after the Mavericks lost for a second straight season in the first round of the NBA playoffs. The franchise is under pressure to take full advantage of the talents of phenom Luka Doncic, who just finished his third NBA season.

The chaos that has enveloped the team has happened within days of a bombshell story from The Athletic detailing an apparent power struggle and dysfunction in the basketball operations side of the Mavericks front office. The story said Nelson was growing frustrated as an analytics guru hired by Cuban was essentially acting as a "shadow" general manager.

Cuban forcefully denied the story, but now, just days later, his longtime head coach and GM are no longer with the team.