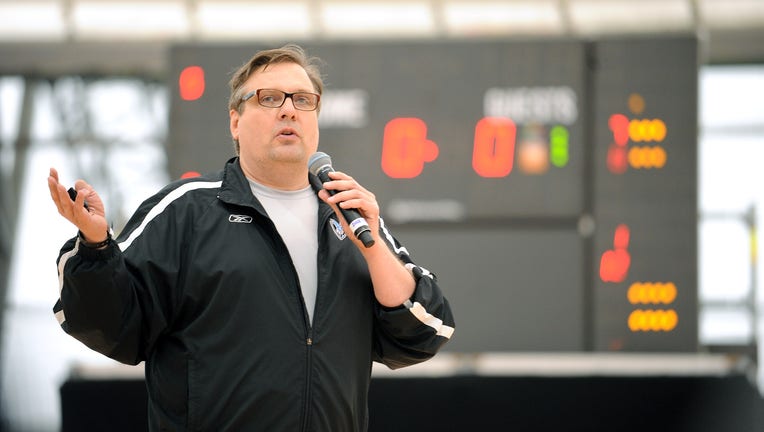 Donnie Nelson, NBA Coach during the Coaching Clinic as part of Turkish Airlines Euroleague Final Four at London Soccerdome on May 11, 2013 in London, United Kingdom. (Photo by Luca Sgamellotti/Euroleague Basketball via Getty Images)

DALLAS - The longtime general manager of the Dallas Mavericks is out of a job.

Donnie Nelson and the franchise are going their separate ways. A statement from the Mavs said it was a mutual decision.

"I just want to thank Donnie for his 24 years of service to this organization," said owner Mark Cuban. "Donnie has been instrumental to our success and helped bring a championship to Dallas. His hard work, creativity and vision made him a pioneer. Donnie will always be a part of the Mavs family and I wish him all the best."

Calls for change in the organization within the front office and on the team grew after the Mavericks lost for a second straight season in the first round of the NBA playoffs. The franchise is under pressure to take full advantage of the talents of phenom Luka Doncic, who just finished his third NBA season.

A recent article in The Athletic detailed an apparent power struggle and dysfunction in the basketball operations side of the Mavericks front office. The story said Nelson was growing frustrated as an analytics guru hired by Cuban was essentially acting as a "shadow" general manager. Cuban forcefully denied the story.

Nelson had been with the Mavericks since 1998, before Cuban purchased the team, as an assistant coach and assistant general manager.