The woman killed Monday night was home alone in Sherwood Shores along the Red River in Grayson County. The family of the 73-year-old woman released her identity. The EF-2 tornado also injured 11 people. Winds maxed out at 130 miles per hour.

SHERWOOD SHORES, Texas - One person was killed Monday when a tornado touched down in Grayson County, near the Oklahoma state line.

The tornado, with winds of up to 130 miles per hour, hit the community of Sherwood Shores, northwest of Sherman.

Family and friends said 73-year-old Viranda Rodgers was home by herself at the time. Her husband was in the hospital already and not aware of what happened.

"I couldn’t believe it that she lost her life over this. You just want it to not be real," said Regena Wicker, her niece. "She is the only one in the whole state that got affected. There weren’t any other fatalities." 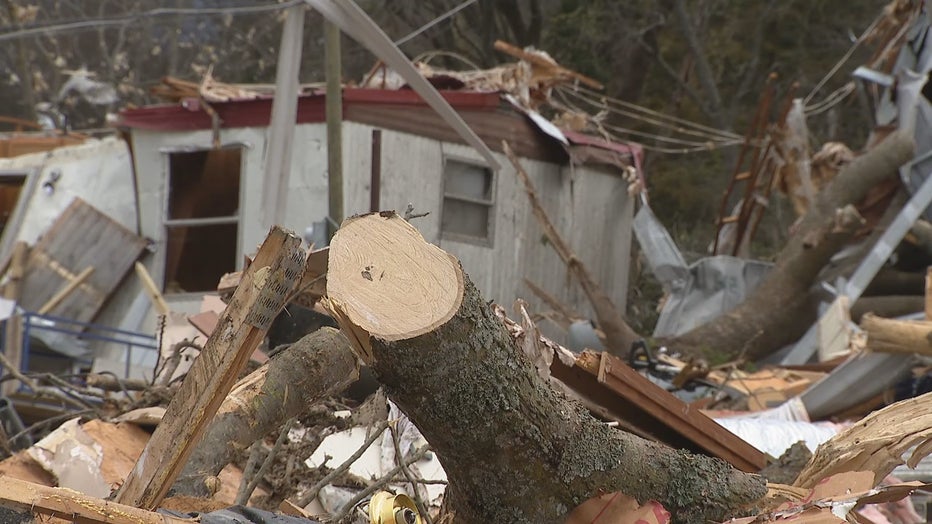 Eleven other people were injured in the same neighborhood.

The Red Cross set up a shelter about 15 minutes away in Whitesboro for those whose homes were damaged.

4 rescued from homes in Bowie after two EF-1 tornadoes