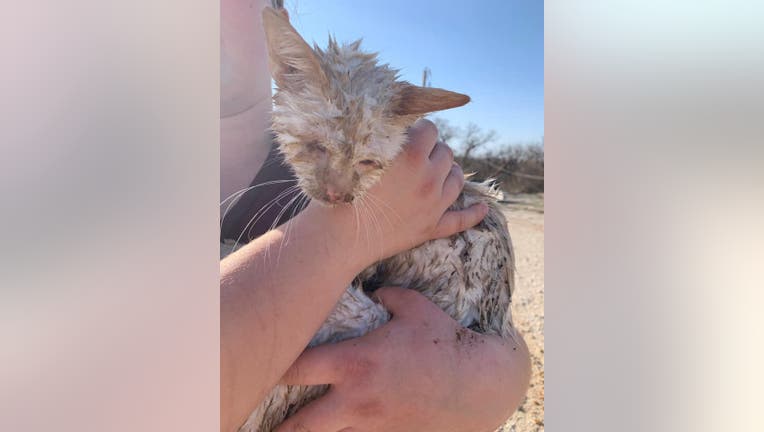 JACKSBORO, Texas - Volunteers worked to rescue and evacuate all the animals at the Jacksboro Animal Shelter Tuesday following a devastating tornado.

The shelter was destroyed by an unconfirmed tornado that also ripped the roof off two schools in the city and damaged dozens of homes.

A blind cat that rescuer workers pulled from the rubble was named Nado… as in tornado. Photos posted on social media showed him soaking wet and covered in filth.

The woman who rescued him told FOX 4 the eight dogs at the shelter seemed scared but are okay.

She took Nado home to clean him up and help him recuperate. He may end up needing veterinary care but will hopefully be put up for adoption.

The other animals were moved to foster homes.

The shelter will need to be rebuilt.

Video from Sky 4 shows some of the damage from a suspected tornado in Jacksboro, about 60 miles northwest of Fort Worth. The damage to homes, schools and businesses is extensive and widespread. Thankfully, no one was killed.