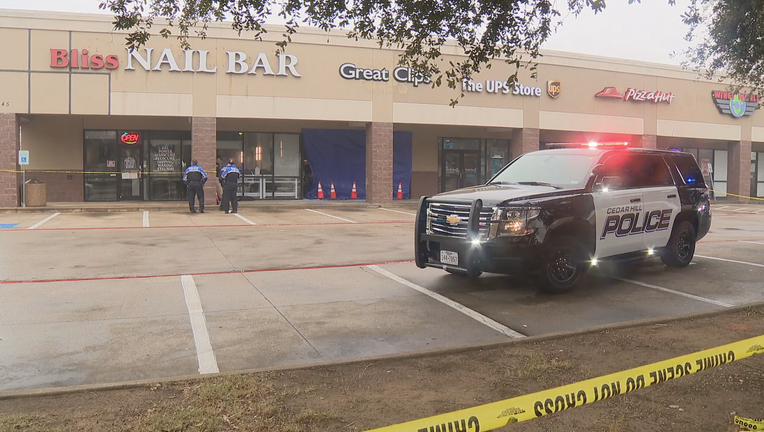 CEDAR HILL, Texas - Police in Cedar Hill said a woman is dead after an SUV was driven into the lobby of a Great Clips hair salon Saturday morning.

Responding officers found someone unresponsive at the scene, and they were pronounced dead.

The medical examiner's office identified the victim as Janet Hutchins.

Investigators say the driver stayed on scene and cooperated with investigators.

They have not determined what led the driver to crash into the building.

READ MORE: Man crashes into back of 18-wheeler on I-35 in Dallas; hospitalized with serious injuries