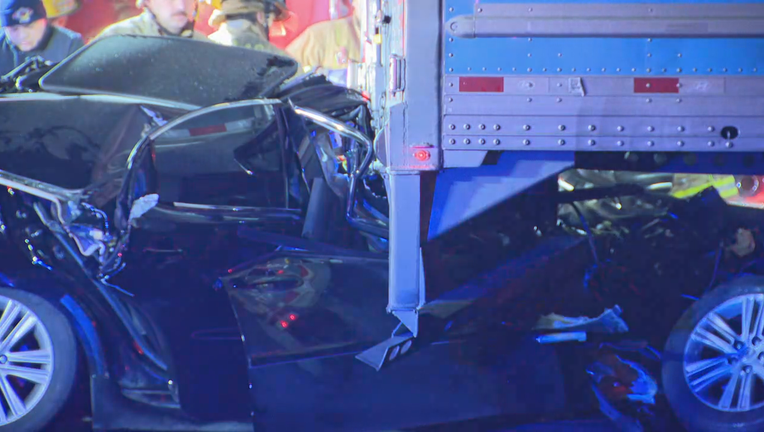 DALLAS - A man is in serious condition after being involved in a crash on I-35 in Dallas early Saturday morning.

Authorities were called about a crash along southbound I-35, near Empire Central Drive, just after 2 a.m.

Dallas County Sheriff's Office deputies responded. They were investigating and working to clear the scene.

Just over an hour later, as crews had just reopened the interstate, there was another crash.

The driver of a black Lexus crashed into the back of an 18-wheeler and ended up pinned under the back of truck.

Dallas firefighters cut the roof off the car and got the man out.

He was taken to Parkland Hospital after reportedly sustaining serious injuries.

The truck driver was not hurt.

No further details were released about the wreck.