FORT WORTH, Texas - A woman is in the hospital after she was injured jumping from the second floor of a burning apartment building.

The fire started around 4 a.m. Saturday at an apartment complex near Alta Mesa Drive in Fort Worth. That’s south of Interstate 30 on the city’s west side.

Some residents said their smoke alarms never went off.  They woke up because neighbors were banging on their doors yelling for them to get it. 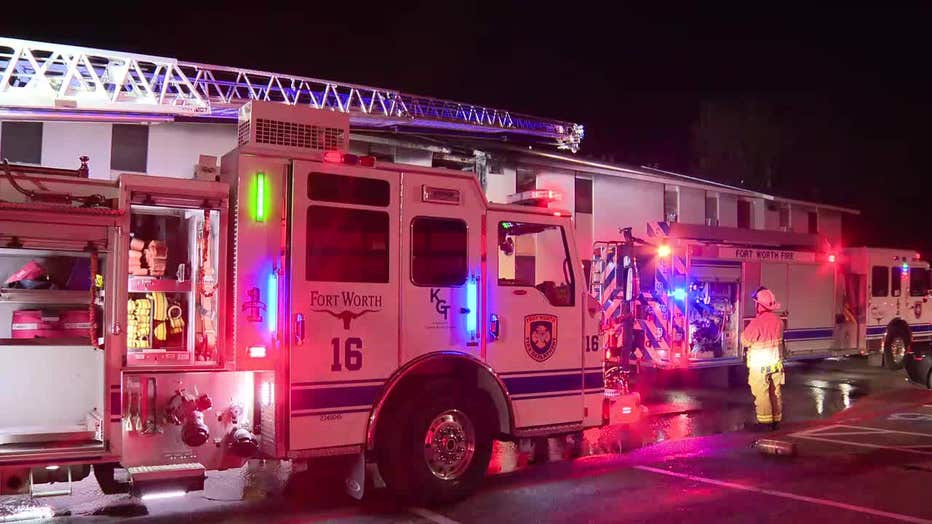 By the time firefighters arrived, they found heavy smoke and flames coming from the building.

They were able to contain the fire, but it still managed to destroy eight apartments. Another 16 apartments suffered damage.

The Red Cross is helping the people who lived in those units.

The woman who was injured was taken to the hospital with a lower-body injury.