Police say a 15-year-old girl and a 51-year-old woman who had gunshot wounds were found dead at a home following a house fire in Arlington.

ARLINGTON, Texas - Police say a 15-year-old girl and a 51-year-old woman who had gunshot wounds were found dead at a home following a house fire in Arlington.

Some neighbors saw the fire and law enforcement response but didn’t hear anything leading up to the shooting.

The initial call police received just after 5 p.m. Thursday related to the home on Lynn Creek Drive was about a suicidal person.

A short time after that call, a fire was reported at the home. Police found the bodies of the two women after the fire was out. 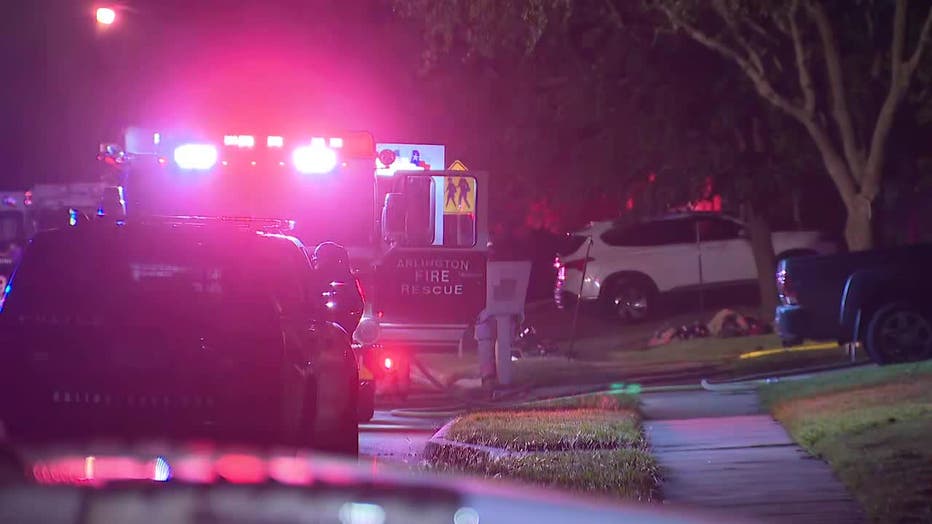 Crews first found the 15-year-old, who was later identified by the Tarrant County Medical Examiner's Office and Arlington police as Mattie Prescott. She was rushed to the hospital where she was later pronounced dead. Her death has been ruled a homicide.

As crews continued to search the home, they found a 51-year-old woman with a gunshot wound. Her name and manner of death has not been released, but police confirm she was a relative of Prescott.

Investigators say they will provide more specific information about the relationship once she has been publicly identified.

It’s not clear if a gun was found inside the home or how many shots were fired. It’s also unclear who called 911.

FOX 4 asked Arlington police if this case is being investigated as a murder-suicide. We were told it’s too early to say and only said there is no threat to the community and that they are not looking for any suspects.