Woman fatally shot inside her home by Fort Worth officer

FORT WORTH, Texas - A Fort Worth Police Department officer fatally shot a woman who was inside her home early Saturday morning.

This fatal officer-involved shooting happened just before 2:30 a.m., when police got a call about a home’s front door being open in the 1200 block of E. Allen Ave.

Just hours after the shooting, police released the officer's body camera video, which is less than two minutes long.

Body camera video of fatal officer-involved shooting in Fort Worth

It shows him arrive at the home, and while searching the area, he looks inside the home through a window and sees a person standing inside.

According to police, the officer pulled out his service weapon after “perceiving a threat.”

On the body camera video, the officer can be heard saying, “Put your hands up. Show me your hands,” before shooting through the window at the person inside.

The officer couldn’t be heard saying anything before that.

Officers then went into the home, and found a woman, identified as 28-year-old Atatiana Jefferson, who had been shot by the officer, along with a handgun. Police have not said whether the gun was found near Jefferson, or found in another part of the home.

Officers immediately began giving Jeffersron first aid, but the woman who lived at the home was later pronounced dead.

Police confirm that an 8-year-old was also inside the home at the time of the shooting.

MORE: Police: 8-year-old inside house when woman fatally shot by Fort Worth officer 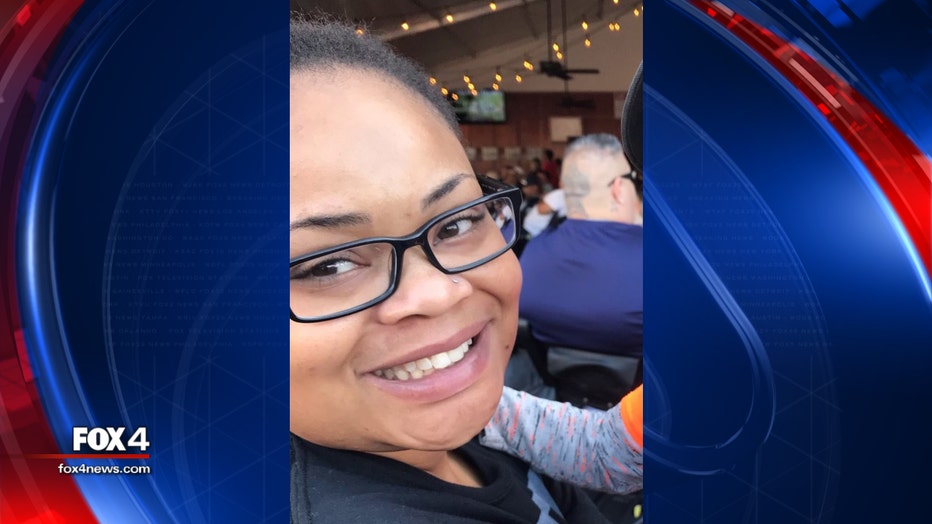 The man who called 911 about the open door said the officers didn't say who they were or knock on the door before opening fire.

He also said he believes this needs to be investigated by an outside agency.

“They didn’t park up front, they parked on the side. They sent SRT, which is the special response team. They didn’t have a plain clothes officer to knock on that door,” activist and Pastor Kyev Tatum said.

The officer who fired the shot, who has been with Fort Worth PD since April 2018, has been put routine administrative leave until an investigation into the shooting is complete.