Thanks to FOX 4 viewers, the woman who was seen on video dancing after brutally stabbing and beating a homeless man with his own walker is now behind bars.

DALLAS - Police have made an arrest for the murder of a homeless man. The suspect was seen on camera dancing after the attack.

On April 6, Trackdown highlighted the murder of a homeless man who was heckled, stabbed and then beaten by a woman with his own walker. 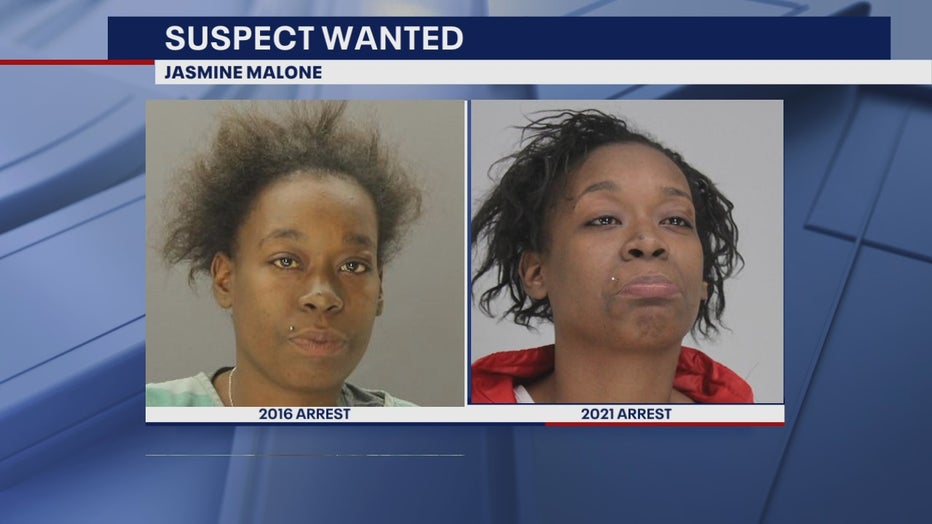 She was arrested Wednesday night and booked into the Dallas County jail. She’s now charged with murder.

Booking photos show her after previous arrests in 2016 and 2021. Those arrests were for assaulting a public servant.

"Almost immediately, I think people were really affected by this and really wanted to be a part of the investigation," Dallas PD Det. Theodore Gross said. "We're beyond grateful because a lot of these investigations, they rely on the people that live there. It affects their community. We're in and out, we're  doing our jobs, but these are people that live there, they know these people. They know the stories on the street. Without them, it’s hard to work some of these cases and I’m greatly appreciative of the citizens’ help."

Viewers came up big for police in helping them identify Malone at the person who attacked Clifton.

"This is what helped us, cause without this, I wouldn't have known who she was. People who lived in that community saw her and they were blowing up my phone and it worked out. This is how we want these cases to go," Det. Gross said. "We don’t want them to stretch out for years or maybe never even solved. We want them solved quicky so we can help out these families. You know, it doesn’t impact me if I get a case solved. It impacts the family, and that's what's most important to us."

Det. Gross wrote out an arrest warrant for the murder of Clifton.

"This is something you can't run from. It’s going to catch up with you sooner or later. She did what was right, she turned herself in and did the best thing she could," Det. Gross said. "She had pressure from friends and family. She contacted a lawyer and she did everything she should. I'm glad I called the niece of Mr. Clifton and told her [Wednesday]. She was very happy to hear a little closure has been given with this case, and that’s what it’s all about, making that phone call and telling them somebody's been arrested. That’s the best part of the job

A case that, without video, may not have been solved.

"It allows us to show the public what's going on, what we're facing in our investigation, and it lets them chime in when they recognize those people they know," the detective added.