Three firefighters were injured while fighting a wildfire in Hood County, southwest of Fort Worth. One had to be flown to the Parkland Hospital burn unit in Dallas.

Grass fires popped up and several are still burning in counties across North Texas.

A fire in Rhome, which is located northwest of Fort Worth in Wise County, forced some people to evacuate their homes Wednesday night. 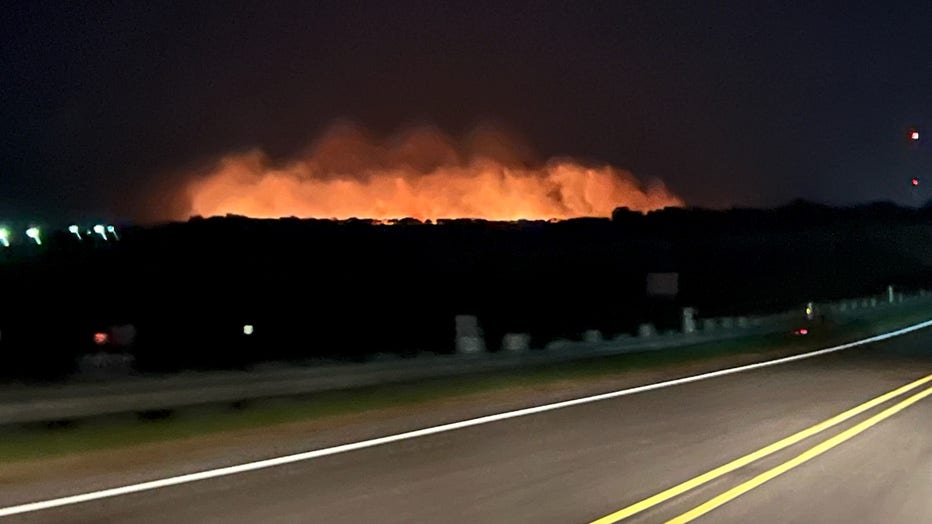 Wise County officials said some people lost power as the fire burned about 100 acres of land. It is now contained but still burning.

Those who evacuated were allowed to return to their homes late Wednesday night. 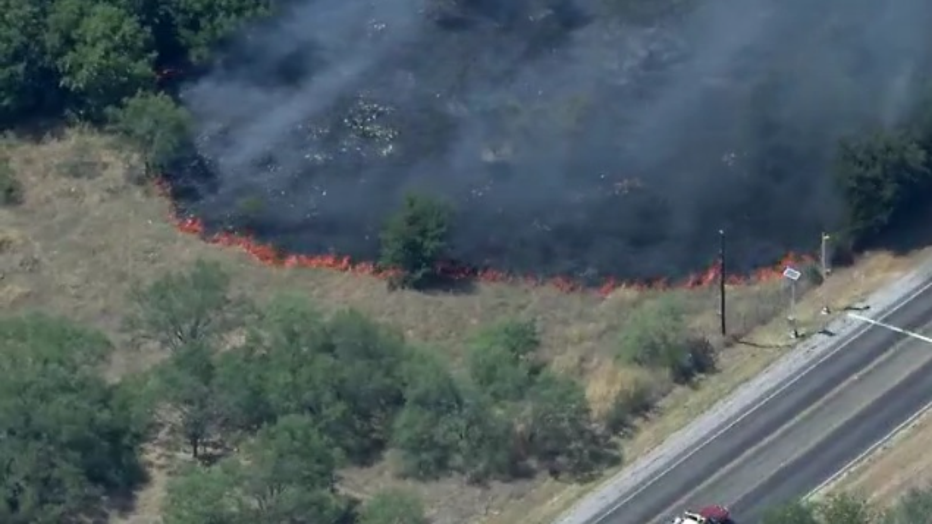 A fire near the city of Millsap in Parker County destroyed two storage buildings.

Two buildings were destroyed by a massive grass fire in the Parker County city of Millsap.

The 50-acre fire is now about 50% contained. The Parker County fire marshal said the forward progress of the fire has been stopped, though.

Some camps and practices were canceled Wednesday because of how close the flames were to Millsap Elementary School. 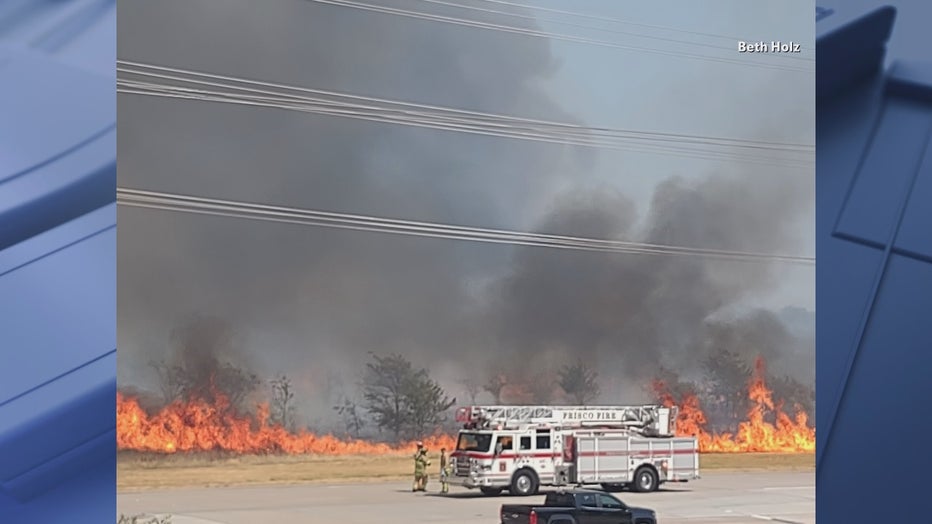 Firefighters work to put out a fire near Legacy Drive and Stonebrook Parkway in Frisco. | Courtesy Beth Holt.

A fire burned about 70 acres of grass in Frisco, north of Dallas, Wednesday afternoon. Fortunately, no structures were damaged by the flames near Legacy Drive and Stonebrook Parkway.

Fires in Hill and Palo Pinto County are more than 90% contained now. One in Hood County that injured three firefighters is about 50% contained.

The large Chalk Mountain Fire in Somervell County remains at about 96% contained. It has been burning for more than two weeks and has destroyed more than a dozen homes.