Jennifer Faith walked in wearing her glasses, a blue blouse and black leggings. Her hands were cuffed in front of her. She waived her right to a preliminary and detention hearing.

DALLAS - The wife of a murdered American Airlines executive made her first appearance in federal court Friday morning.

Jennifer Faith walked in wearing her glasses, a blue blouse and black leggings. Her hands were cuffed in front of her. She waived her right to a preliminary and detention hearing.

FOX 4 spoke to her attorney afterwards and asked him why.

As is customary, TV cameras were not allowed inside the Earle Cabell Federal Courthouse in Dallas Friday for Jennifer’s initial appearance. She appeared the same way she did Wednesday when she was booked into the Dallas County jail.

Toby Shook is Jennifer’s criminal defense attorney. He says the 48-year-old suspect does not deny having an emotional affair with her late husband's accused killer, Darrin Lopez. 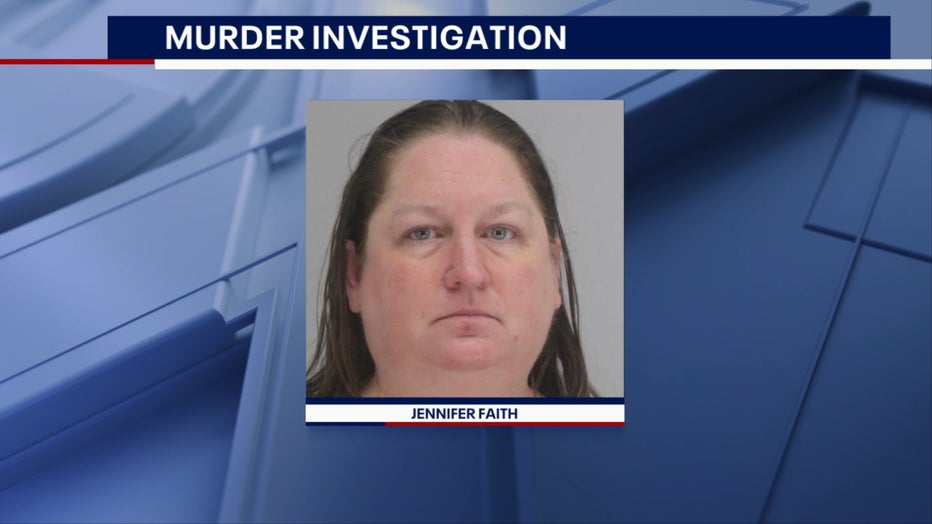 Shook said James Faith knew the two had been in recent communication.

"He knew about them," Shook said. "In August, she had told Mr. Lopez that she was not going to leave her husband and that was her mindset then."

On Oct. 9, 2020, James was shot to death in front of his wife while walking in their Oak Cliff neighborhood.

Jennifer made a plea to the public for answers.

"If you know what happened, I need that for closure," she told FOX 4 in a previous interview. "I need to make some sense out of this."

Investigators say it was all a ploy.

Jennifer is charged with one count of destruction of an object with the intent to obstruct a federal investigation.

According to an arrest affidavit, Jennifer and Lopez exchanged some 14,000 text messages and calls over a one-month period.

Investigators say Jennifer tried to erase those messages by doing a factory reset on her cell phone the day before meeting with detectives back in January.

"Obviously, we'll be getting that hopefully soon, and we'll be reviewing all that," Shook said. "In no way was she planning the murder of her husband."

Shook says another court hearing as now yet been set. He needs more time to talk to his client.