The shooting happened on March 18. But the break for Dallas homicide detectives happened last week when viewers watching Trackdown identified another man who was not the shooter: Dallas Cowboy Kelvin Joseph. He is not charged right now.

DALLAS - With two men now in jail for the murder of an East Texas 20-year-old following a fight on Lower Greenville last month, now come the questions about the high profile man who was with them but not arrested. 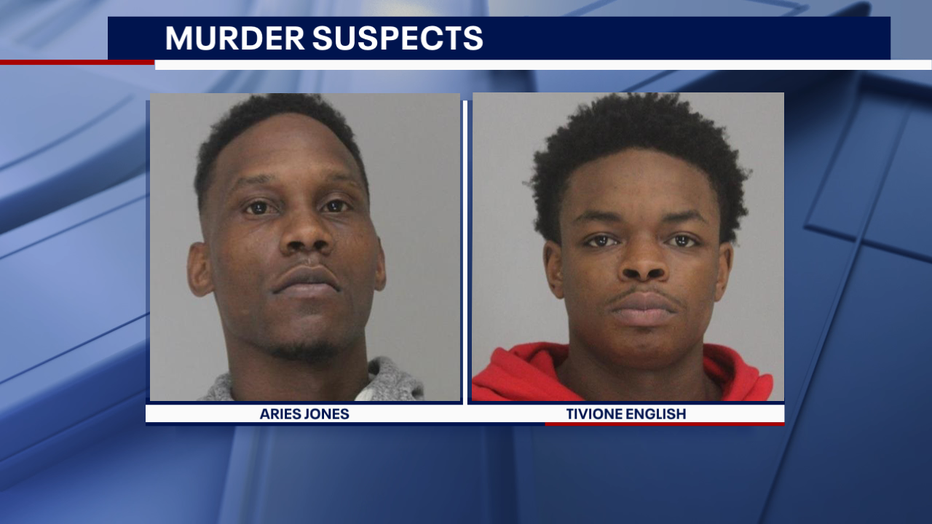 The shooting happened on March 18. The break for Dallas homicide detectives happened last week when viewers watching Trackdown identified another man who was not the shooter: Dallas Cowboy Kelvin Joseph. He is not charged right now.

Attorney Toby Shook is not connected to the case. He speculates he may not face criminal charges.

Video first shared on Trackdown helped viewers identify Joseph, which led to the arrests of Jones and English for the murder of 20-year-old Cameron Ray. He had come to Dallas with friends from Athens to celebrate a birthday.

"I don’t anticipate [Joseph] will be charged with anything involving that murder," Shook said. "I think if they had the evidence after their interview, they would have charged him this weekend."

The Cowboys defensive back met with homicide detectives last Friday.

That same day, the arrest affidavit says Jones and English, both from Baton Rouge, "turned themselves in to detectives and admitted to shooting from the black SUV that caused the death of complainant Cameron Ray.

"Probably based on information that he gave the detectives, they could then identify who the shooter was," Shook said. "They view the getaway car as aiding in the murder. Anyone else in that car potentially could be charged, but they would have to have evidence that they encouraged, directed or helped in some way. Apparently, that's not the case with the other two individuals.

Shook does not expect the Cowboys player to face criminal charges.

"I think they view him as cooperating. The only other thing I could see as happening is the district attorney may call him before a grand jury to lockdown his testimony in front of the grand jury," Shook speculated. "They often do that when you have friends that are the witnesses to the crime. They want to make sure that their story is locked down as sworn testimony."

Shook, who has also defended pro athletes, says it may not be over for Joseph, who did not come to police about the incident for nearly a month until Trackdown viewers called detectives.

"There still obviously could be discipline action from the NFL just based on what happened and surrounding circumstances," Shook said. "Whether he's charged or not, they could still decide to impose some type of discipline on him."

It is a misdemeanor crime in Texas to know about a felony that causes death or serious bodily injury and not report it to police, but it is seldom used.