DALLAS - In this week’s Trackdown, a group of young men came to Dallas from East Texas last month to celebrate a birthday, but not all of them would go back home.

Cameron Ray, 20, was shot and killed along Lower Greenville while visiting Dallas.

The suspects were caught on tape, but still at-large.

Ray, who is from Athens, Texas, had come to Dallas with three friends for a fun weekend on March 18.

"He was enjoying himself, doing nothing wrong, but that night, as it ended, he was walking with some friends. They encountered a disturbance that they did not start," Dallas PD Det. Tonya McDaniel said.

That happened at the intersection of Greenville Avenue and Martel Avenue, where a fight started.

Surveillance video showed a man, who was smoking, walked past Ray and his friends, before waiting for them to say something and then throwing a punch.

"There's several individuals fighting, and I need those people identified,"

After the fight is finished, Ray and his friends walked to their vehicle.

"All of a sudden, you see that black suspect vehicle riding up the street," Det. McDaniel said. "Shots are fired from that vehicle towards Cameron and his friends."

The vehicle appears to be a Suburban or Tahoe. 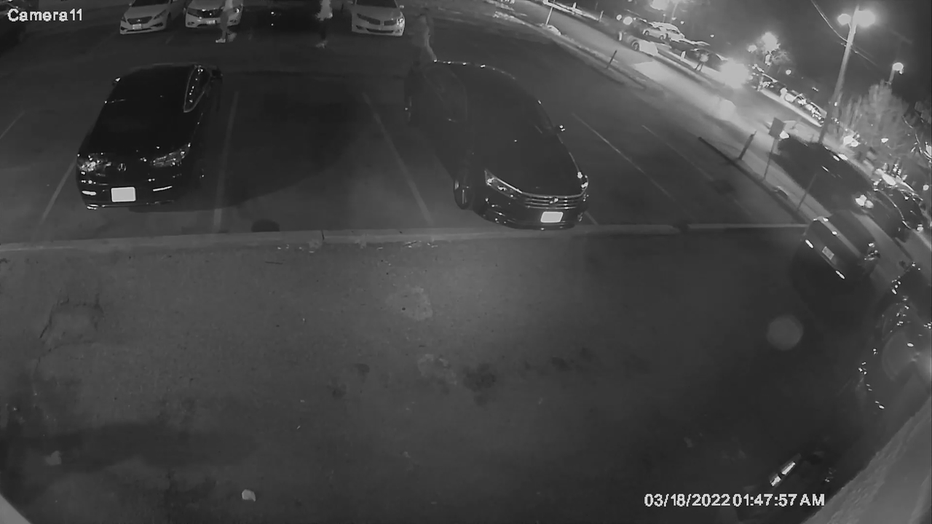 The group detective looking for were caught on tape.

"They are the same people who were involved in that fight," McDaniel said.

Police are releasing video from one of the places they believe the suspects went to on Lower Greenville the night Ray was killed.

"I need for people to pay attention to what these individuals had on, from head to toe. Look at their hair, I need you to look at what they had on, cause they had writing on their clothing, on their hoodies. They had jewelry on. I need you to look at some of their medallions and see what it spells out. Look at their faces and look at the group of people that were together themselves, because if you know somebody in that group, then you're going to know the rest of them," Det. McDaniel said. "I need you to point them out, put them on blast, so that they will come in and talk to me, because somebody died here and we need to find out who shot Cameron."

Anyone with information can call Det. McDaniel at 469-261-6790 or email tonya.mcdaniel@dallascityhall.com.