He was killed in Downtown Dallas in the early morning hours back on Halloween.

A late model Ford Taurus is the car the killers were in. Homicide detectives believe they were riding around Downtown Dallas looking to do just what they did: take an innocent life.

Homicide detective Patti Belew fears the 19-year-old freshman from El Paso was the victim of what amounts to a thrill kill, and worries it could happen again

“He wasn't doing anything wrong that night. He was just out having a good time with a party there at the Opera Club,” Dallas PD Det. Belew explained.

Urrea was walking alone after the party ended at 3 a.m. on October 31. 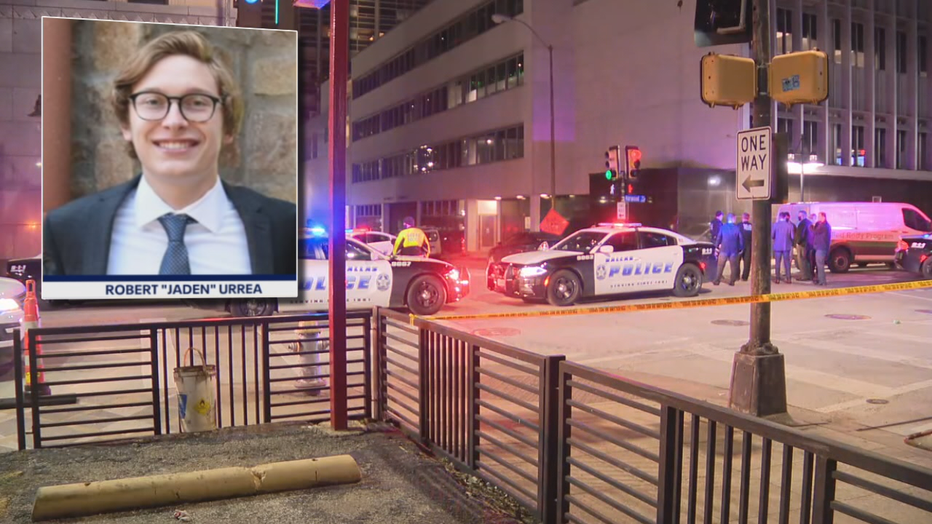 “And when the club had closed, he was coming down Harwood, southbound,” Belew said. “The white vehicle is coming down really fast, with the lights off, and it stops.”

The car was a super high output, high performance white Ford Taurus. It was a 2013-2019 model, with chrome windows and dark tinted windows.

“It stops for a good time, right here, as if trying to determine are we going to do something to this young man,” the detective said. “The car goes up just a little bit, and Jaden continues to walk across the street, and the car stops right there.”

Urrea was killed after someone in the vehicle got his attention.

“It appears maybe they said something to him to get him to come over to the car. He goes over to the car, the passenger window. Seconds later, he's shot once,” Det. Belew said.

The detective added that they didn’t take anything from him, “they just killed him.”

“The vehicle was here in Downtown Dallas for quite some time,” Belew said.

It was caught on tape speeding with its lights off on Corsicana Street, then Ervay, right on Pacific, and then down Harwood.

[REPORTER: “Do you think they were looking to do something bad to somebody?”]

“I do, and Jaden was just the opportunity,” Det. Belew responded. “Somebody knows something, and somebody needs to step up and say something.”

$25,000 reward now offered for information in murder of SMU student in Downtown Dallas