Dallas police have made an arrest in a shooting at a Pleasant Grove apartment complex where five people were shot, including a 4-year-old little girl.

DALLAS - Dallas police have made an arrest in a shooting at a Pleasant Grove apartment complex where five people were shot, including a 4-year-old little girl.

37-year-old Aurelia Dawson is in the Dallas County Jail and has had past brushes with the law.

Police say FOX 4's Trackdown and your tips led investigators to their suspect.

"When you have five people shot in one incident, it’s a big deal," said Dallas Police Lt. Calvin Johnson.

Surveillance video of the shooting at 378 North Jim Miller Road on June 11 shows a woman spraying an apartment complex breezeway with bullets before running to her vehicle and speeding away.

"It’s a little shocking and unnerving that a woman could have perpetrated this incident," Johnson said.

The shooting was featured on Trackdown on June 30 with Detective Yahir Perez.

The arrest affidavit says the next day on July 1, Perez received an anonymous call.

"The anonymous caller viewed the news segment and recognized the vehicle," the affidavit said.

"We were able to start getting traction on this particular case and actually gave us the name of our shooter," Johnson said.

This week, police arrested Aurelia Dawson. She’s charged with five counts of aggravated assault with a deadly weapon for the June shooting. 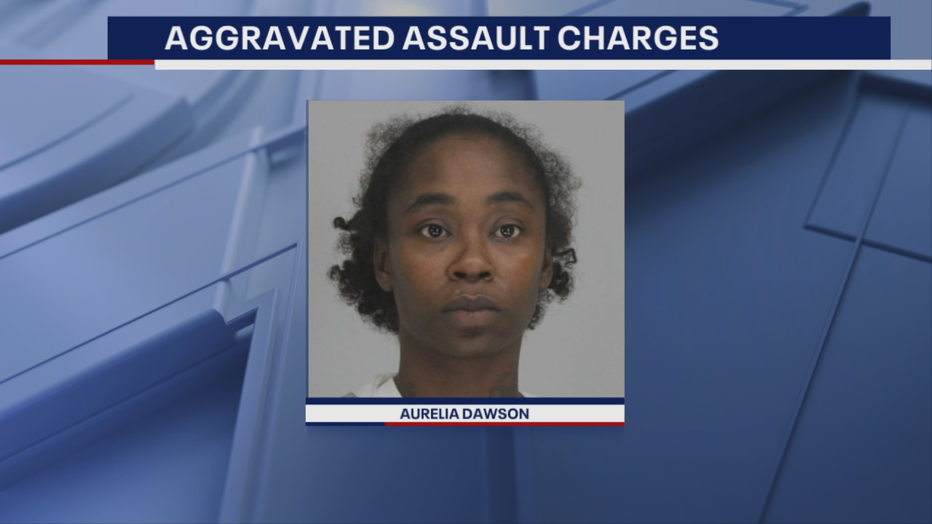 Records indicate Dawson had been on bond for aggravated assault with a deadly weapon and manufacture delivery of a controlled substance. She also has a probation violation for an assault family violence charge. Her total bond is now $800,000.

"She has proven to be a violent individual," Johnson said.

The little 4-year-old is healing along with the others, but this story could have had a horrific ending.

Police are grateful for an anonymous caller who gave detectives what they needed.

"We know that the public knows some of these answers that we don’t know," Johnson said. "So the public has to be able to assist us in these particular cases. We want their help."