With enhanced jobless benefits set to end Friday, thousands of unemployed North Texans are set to see their benefits drop by $600 a week unless Congress comes to an agreement.

With enhanced jobless benefits set to end Friday, tens of thousands of unemployed North Texans are set to see their benefits drop by $600 a week unless Congress comes to an agreement.

But Republicans and Democrats are still far apart on a coronavirus relief bill.

Senator John Cornyn spoke with FOX4 about his position on the jobless benefits.

He said the unemployed likely will not be left in a lurch, adding that before the $600 a week in benefits expires, there will likely be a proposal to temporarily extend it.

But just after our interview with Sen. Cornyn Thursday, one attempt at that failed in the Senate.

“I think it is really important during these tough times that we are supporting our workers, who through no fault of their own, find themselves without any income,” Cornyn said. 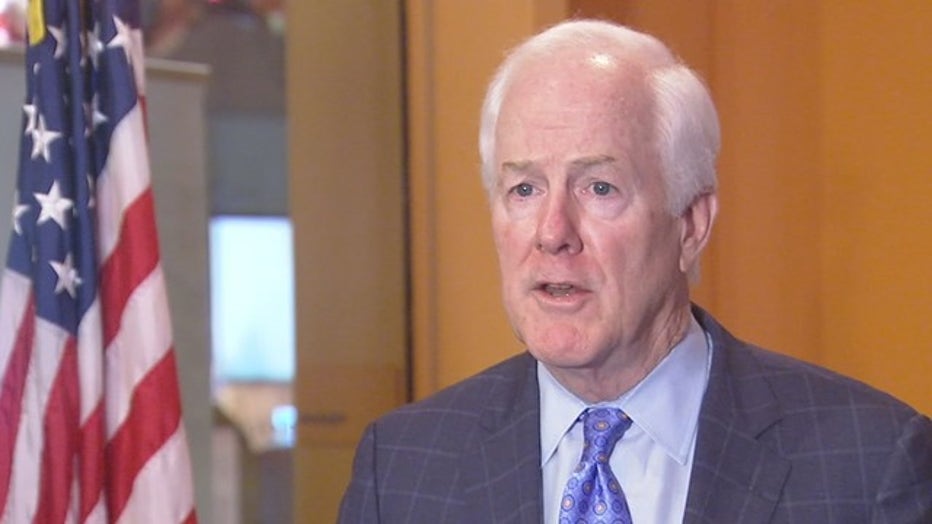 Republicans and Democrats are still trillions of dollars apart on a coronavirus relief bill.

"We don't know why the Republicans come around here with a skinny bill that does nothing to address really what's happening with the virus, and, and has a little of this, and a little of that. We're not accepting that,” House Speaker Nancy Pelosi said.

Even so, Sen. Cornyn said he is hopeful an agreement can be worked out before jobless benefits expire Friday.

“That is why I supported direct payments to individuals as a life line and extending unemployment benefits to make sure people have money coming in the door so they can put food on the table,” he explained.

The highest-profile hang-up is the enhanced jobless benefit and whether to reduce it from $600 per week to $200.

“The argument for $600 is people could really use the money right now. There are a lot of people who haven't worked for a long time. They are desperate for that cash,” SMU economist Mike Davis said. “The Argument against the $600 is that eventually that may create a disincentive for people to return to work.”

Davis said that while people who lost their jobs through no fault of their own need extra assistance, to truly help the economy, he said lawmakers need to focus on getting the pandemic under control.

“The problem in this economy is the pandemic,” he explained. “If I could tell lawmakers what to do, it would be focus on that, testing, vaccine. That is the only thing that will make the economy better.”