The Texas permitless carry bill is headed to Gov. Abbott's desk to be signed into law.

DALLAS - The Texas permitless carry bill is headed to Gov. Abbott's desk to be signed into law.

The House signed off on it late Sunday night after a compromise was reached in committee late last week. Monday evening, the State Senate gave final approval to the compromise version.

Texans over 21 will soon be able to legally carry a handgun without a license.

"The Senate will approve the version of the conference committee report tonight, then it’s off to the governor’s desk."

The House version slightly amended from the initial Senate bill. Schaefer's bill gives police the right to question a person if they have a weapon.

"Especially while you're being interviewed in some kind of crime investigation. If you are carrying this handgun, you can be disarmed until the investigation is over," said Robert Owens with Owens-Griggs Gun Training. 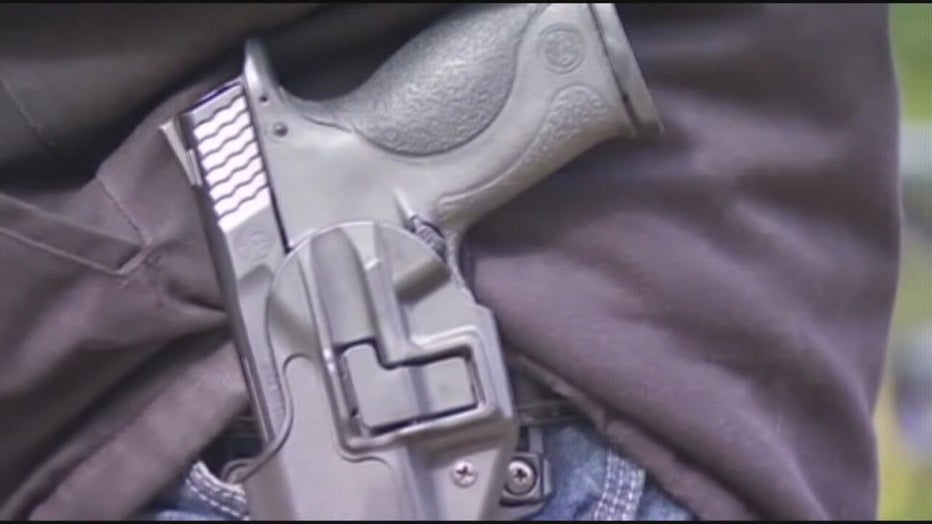 The compromise also includes restrictions for people with certain misdemeanors and a limit on expunctions of some firearms convictions.

"The biggest problem with this is that there's no mandatory training," he said.

The bill, though, does establish free, voluntary online training by DPS.

"Anyone should be able to protect themselves and their families," said State Rep. Carl Sherman (D-DeSoto). But with the rise in mass shootings and the rise in suicides, I think it’s important that we have responsible gun ownership."

Sherman says that’s part of the reason why law enforcement management and associations were against this bill.

"Now the gun is readily available it's on your side and you can get to it quicker, hopefully, this will not lead to an increased number of actual violent confrontations," he said.

Supporters point out that 20 other states already have a form of constitutional carry on the books.

The Firearms Carry Act of 2021 is close to becoming the law in Texas.

"And we're very excited that it looks like this bills going to be headed to the governor's desk very shortly," Schaefer said.

The bill also stiffens prison time for convicted felons who are caught with a gun with a minimum five years in prison.