It's a touchy topic that attracted dozens of Texans to the state capitol to testify before lawmakers.

"What this bill does do is allow law-abiding citizens 21 and over who currently legally possess a handgun will be able to have that handgun in public places in a holster without a state-issued license," said State Senator Charles Schwertner (R-TX District 5).

"What it's going to eliminate is the scavenger hunt and scheduling challenges it takes to get a license in this state," said Tara Mitchell with the NRA.

The bill also would not prevent businesses from banning guns on their property.

To get needed widespread support from the full Senate, Schwertner proposed six amendments, including exclusions for felons who commit family violence.

But the Sheriff's Association of Texas raised another issue about criminal history.

"Our biggest concern is aggravated assaults, a class A misdemeanor. That tells us he always has somewhat a potential to get violent. We don't want him to be violent with a firearm on his side," said Chambers County Sheriff Brian Hawthorne. 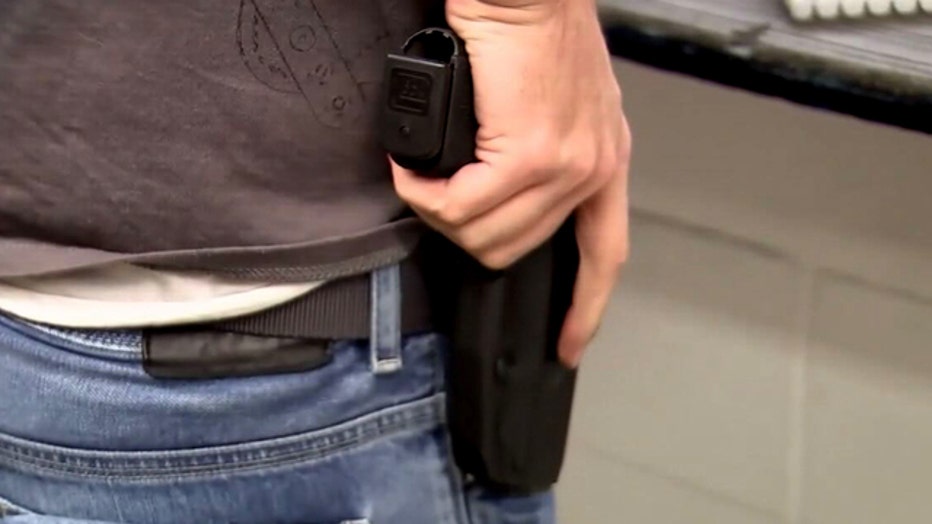 State Senator Juan Hinojosa (D-TX District 20) is one of two Democrats on the committee. He believes law enforcement will have trouble knowing who is legally carrying and who is not.
"How are police supposed to identify those folks if all of a sudden now there is no licensing requirements?" he asked.

Another proposed amendment would require DPS to create a free, online training course voluntary for anyone interested in learning about gun laws and gun safety.

If it passes the Senate, Gov. Greg Abbott has said he will sign it.