Most Texans have their eyes on the power grid as the states continues to deal with the arctic blast, but there have been spotty issues across the state with natural gas.

GRAND PRAIRIE, Texas - Most Texans have their eyes on the power grid as the states continues to deal with the arctic blast, but there have been spotty issues across the state with natural gas.

A neighborhood in Grand Prairie went without adequate supply to heat their homes for most of the day Friday.

There are also reports of pipe problems in parts of North Texas.

Some homeowners in Grand Prairie woke up Friday to no heat.

A warming center at the Grand Prairie Public Safety Building is open 24/7 all the way through Christmas to help those dealing with issues. 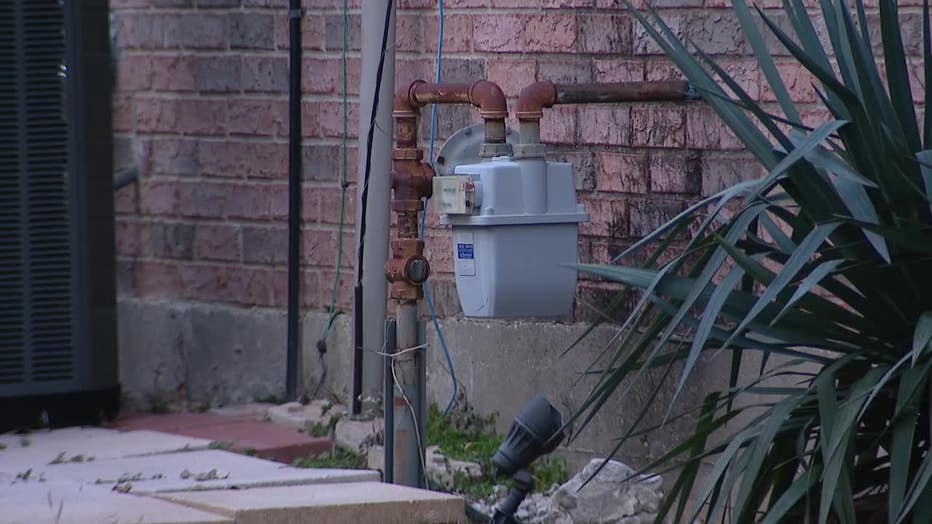 One man said he’s gone almost 24 hours in the cold, waiting for Atmos to fix the issue.

"So basically, I went under here and I opened it up and I tried to start the pilot light," recalled Richard Trotter, who lives in Grand Prairie.

Trotter wanted to start his fireplace as the hard freeze moved into Grand Prairie on Thursday.

"It wouldn’t light. That was the first indication something was wrong," he said.

Trotter figured he would handle the problem Friday.

But then he woke up freezing at 5 a.m.

"So I looked at my phone, which controls my heaters, and I had it set for 74 always, but upstairs, it was actually 47. And downstairs it was 60," Trotter said.

Trotter’s sister, who lives across the street, had the same problem.

Turns out, his entire street was in the same boat without heat.

Friday afternoon, the city of Grand Prairie tweeted out the Grand Peninsula and Westchester neighborhoods were experiencing very low natural gas pressure due to the extreme cold.

Atmos Energy deployed tankers to inject gas into the lines.

Thankfully for Trotter, his gas was restored at about 3 p.m. Friday.

In the meantime, the city, citing Atmos, is asking residents to conserve natural gas usage this weekend.

"It was very cold," Trotter said.

Friday, other problems popped up across North Texas with sub-freezing temperatures.

A viewer sent a video to FOX 4 showing what appears to be a flooded apartment in Victory Park, though it’s not confirmed if the cause was frozen pipes.

As of Friday morning, Dallas Water Facilities said it dealt with 42 meter leaks and 19 burst pipes that were reported.

In Tarrant County, Fort Worth Water said the impact from frozen pipes will likely be delayed.

However, the city will still have crews at the ready through the weekend.

"It’s like a waiting game," said Mary Gugliuzza, with Fort Worth Water. "Water temp doesn’t fall or rise as quickly as the air temperature, so it takes a couple days of extended sub-freezing temps, like we are seeing, before we see impacts."

During the February 2021 winter storm, Fort Worth had hundreds of water main breaks, forcing hundreds of thousands of customers to go under boil water orders.

Back in Grand Prairie, Trotter said he was lucky he didn’t have any issues last winter.

Therefore, he wasn’t expecting any this week.

"I thought everything was going to be fine, even when I was cold at my desk," he said. "But then this morning, I noticed, but of my units wouldn’t come on."

Officials with the city of Grand Prairie said they were assured by Atmos this problem wouldn’t happen this weekend after the 2021 winter storm.