For the first time since the start of the pandemic, the Texas Education Agency released grades for each school district. And the results show districts are recovering from early pandemic learning losses.

GARLAND, Texas - For the first time since the start of the pandemic, the Texas Education Agency released grades for each school district.

The pandemic made a historic impact on education around the country.

Despite the changes in learning, many North Texas school districts are back to pre-pandemic levels while others continue to struggle.

School districts across North Texas celebrated the return to school for tens of thousands of students Monday. 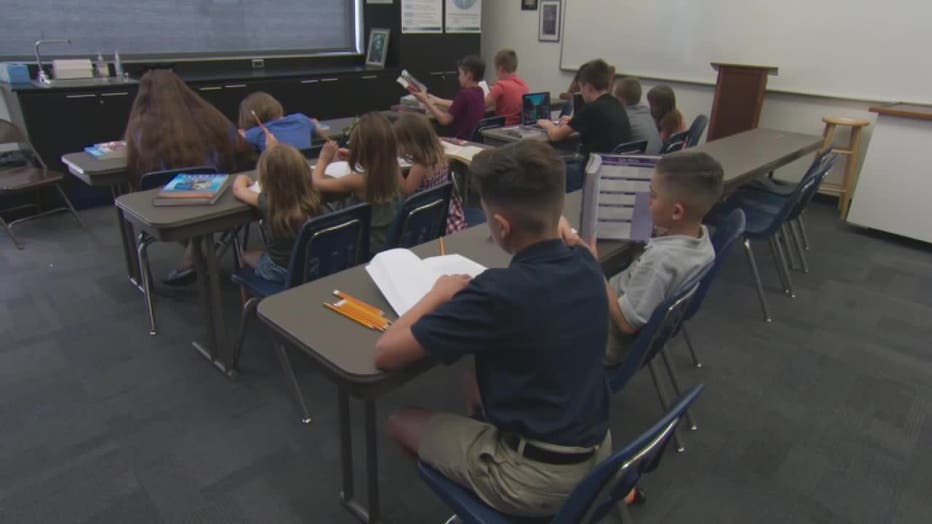 The day was also a celebration for some districts as TEA released school and district ratings for the first time in three years.

MORE: Back-to-School: It's the first day of school for most kids in North Texas

Disruptions caused by the pandemic resulted in learning loss in schools across the country.

Cavazos says teachers focused more on small group learning as pandemic disruptions waned. But being back in the classroom was also a big help.

"I think part of it was that is the re-engagement," he said.

Dallas ISD stayed at the same B rating pre-pandemic and post. Frisco and Southlake-Carroll also stayed at A ratings. 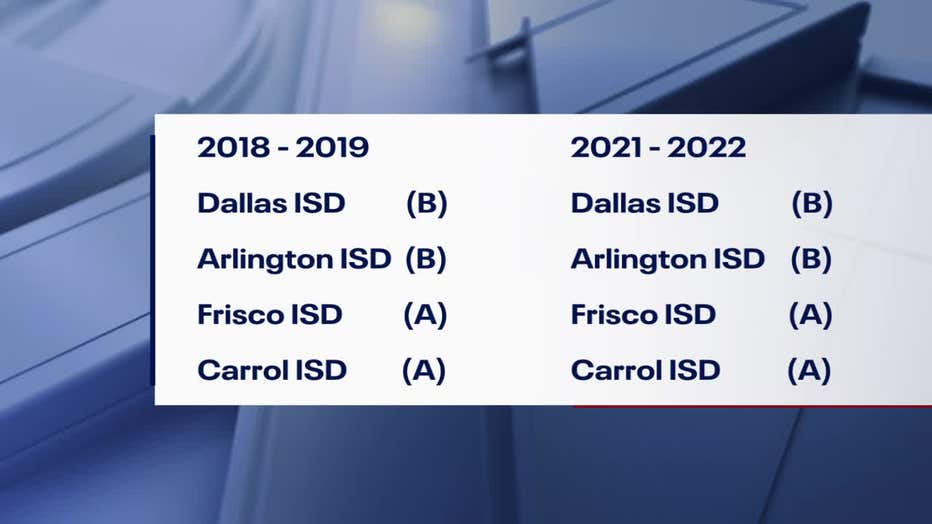 But some districts are still dealing with the effects of serious learning loss while others have actually gained ground.

Lake Worth ISD had a C rating before the pandemic. Now, they aren't even rated, which is a failing score under the new system.

Cedar Hill ISD declined as well, dropping from a B rating to a C rating.

Plano ISD dropped from an A to a B rating.

In Fort Worth, there was improvement. The district moved from a C rating to a B rating. 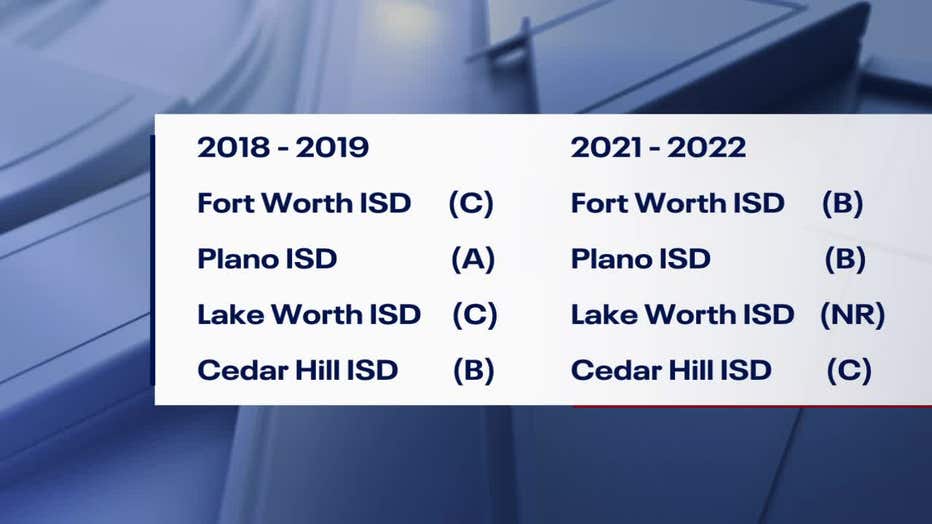 TEA Commissioner Mike Morath was in Garland Monday talking about the new ratings.

"Coming out of the pandemic, we see reading proficiencies among our students this year that was in most areas as high or higher than in 2018," he said.

Morath praised the district and Back Elementary for their improvements.

"What they’ve accomplished in garland is extraordinary from 11 A campuses to 16 A campuses district-wide," he said.

Cavazos says the improvements are a credit to teachers.

"This is a credit really to our educators, not only Arlington but the state," he said. "Educators poured themselves into this dilemma we had, and we also knew we had the tools."

Morath said despite the pandemic impacts, Texas had the most A-rated schools than ever before.