A new city ordinance approved Tuesday states that an offense under this article is punishable by a criminal fine of not more than $500.

FORT WORTH, Texas - Fort Worth police approved a new rule to tackle street racing and stunting in the city. It is now illegal to gather and watch them.

"If there’s no spectators, there’s not an event," said Fort Worth Asst. Police Chief Robert Alldredge.

For spectators of street stunting, it is now a criminal offense.

A new city ordinance approved Tuesday states: "An offense under this article is punishable by a criminal fine of not more than $500."

"We approached the city council and got their support for this," Alldredge said.

Anyone watching, recording or simply present at so-called street takeovers is subject to a citation similar to the tougher measures already in effect in Dallas. 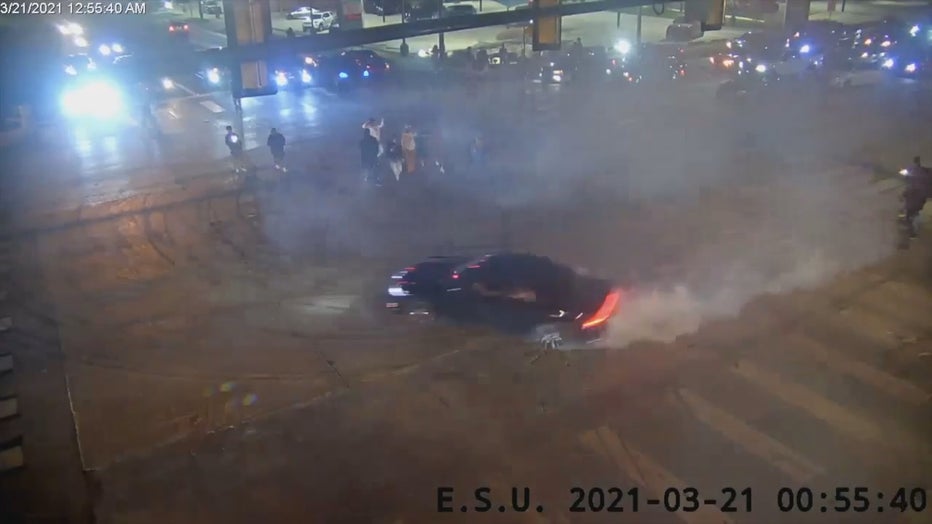 "This is not cool to watch. People have died. It’s tragic," Alldredge said. "I understand for some people it can be intriguing. They haven’t seen this before, but yes they can be cited if they’re on scene filming this or even if they’re not a part of the event in and of itself."

At a scene on University Drive and White Settlement Road, a woman was struck by one driver. She later told FOX 4 she was not a spectator but trying to reach someone she thought needed help.

MORE: Woman struck by stunt drivers in Fort Worth says she was stuck in traffic, went to help someone else

Fort Worth PD initiated discussion of the new penalties after a fatal street race on Risinger Road in November 2020. Three people were killed, including a husband and wife, Ben and Meg Arbour. Another person who was racing also died. The other driver who was racing has never been identified.