Couple killed in Fort Worth crash

A Fort Worth couple became the innocent victims of a street racing crash.

FORT WORTH, Texas - A Fort Worth couple became the innocent victims of a street racing crash.

Witnesses who saw the fiery crash Friday morning called 911 and tried to help, but it was too late.

“I did see two individuals,” he recalled. “But I kept telling myself it can’t be. It just can’t be.”

Police say two of the victims were innocent bystanders who were killed when the alleged street racer struck their vehicle and it burst into flames.

The couple has been identified by friends as Ben and Meg Arbour. Ben graduated from Southwestern Baptist Theological Seminary in 2010. He was also an adjunct professor at the school. He was also a Ph.D. degree holder in theology from University of Bristol, UK.

“It’s one of those calls you dread getting,” Wedgwood Baptist Church Lead Pastor Dale Braswell said.

Braswell was their pastor at Wedgwood Baptist Church. He said the couple leaves behind four kids — ages 10 to 16.

“They’re each in different stages of processing things in a different way,” Braswell explained.

“It’s really, really dangerous, and it’s only gotten worse and worse,” she said.

She called 911. Her husband rushed over to the crash to help.

“We actually saw a ball of fire going up,” Frank Garcia said.

But it was too late. Everyone involved in the crash died. 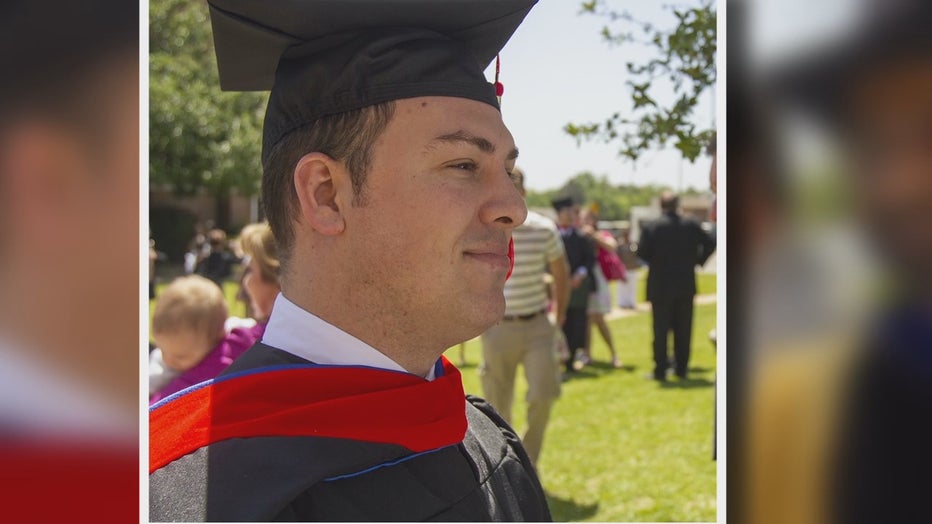 “They are deceased because of street racing. We also have one of the drivers who was street racing, he also lost his life,” said Fort Worth Officer Buddy Calzada. “We just can’t understand why somebody would continue to street race at a high rate of speed at the risk of losing their life or taking the life of someone else.”

Within hours of that crash, Fort Worth police worked three additional fatal crashes. In total, seven people were killed during the deadliest night for traffic accidents the city has seen in 17 years.

The deadly night has Fort Worth police strongly urging everyone on the road to not drive distracted, under the influence or race.

The Garcia’s say street racing is too common in their area. In fact, they say someone crashed into their backyard last year.

Julie said every time she hears the racing, she prays.

“I close my eyes and I pray, please don’t let somebody pull out. I guess I forgot to pray last night,” she said.

Police are looking for another driver who may have been involved in the street race and drove off from the crash.

“The guilt and the shame they’re experiencing and feeling can only be taken by God,” Calzada said.

Pastor Braswell believes the Arbours would forgive the people who caused this tragedy.

“Their priority in life was Jesus,” he said.

Some of Wedgwood Baptist’s church family and immediate family members are now helping take care of the children.