Many stranded Southwest passengers turned to rental car companies to get home.

DALLAS - As Southwest Airlines tries to recover from thousands of canceled flights, passengers are hitting the road to get home.

Dallas rental companies and hotels are now cashing in from Southwest's failure.

It's been four days of widespread flight cancelations with Southwest Airlines.

READ MORE: Southwest Airlines dealing with a sea of lost luggage, what you should do if you can't find your bag

While there are small signs of improvement Wednesday at Dallas Love Field, many passengers are still dealing with canceled flights.

"It's just crazy, you can tell there are some big issues with their management and systems in place to prevent this from happening," said Carlos Chavira from New York.

Chavira and his girlfriend were planning to fly to El Paso Wednesday.

Seeing the headlines, Chavira said he proactively reserved a rental car Tuesday, just in case his flight was canceled. Sure enough it was.

"We are going to Mexico City tomorrow, so we have a flight out of Juarez at 6 a.m. so the only way we were going to make this flight was rent a car or pay $1,200 to fly the other airlines," he said.

Chavira is not alone, a lot of stranded Southwest passengers turned to rental car companies to get home.

"I won't be flying Southwest again. To leave people stranded that need to get to children, work and expect us to pay for an entire week in New York City," said Ashlyn Beadel from Carrollton.

Beadel's trip of a lifetime to New York turned into a headache.

It started with her boyfriend Cole proposing on Christmas Eve. 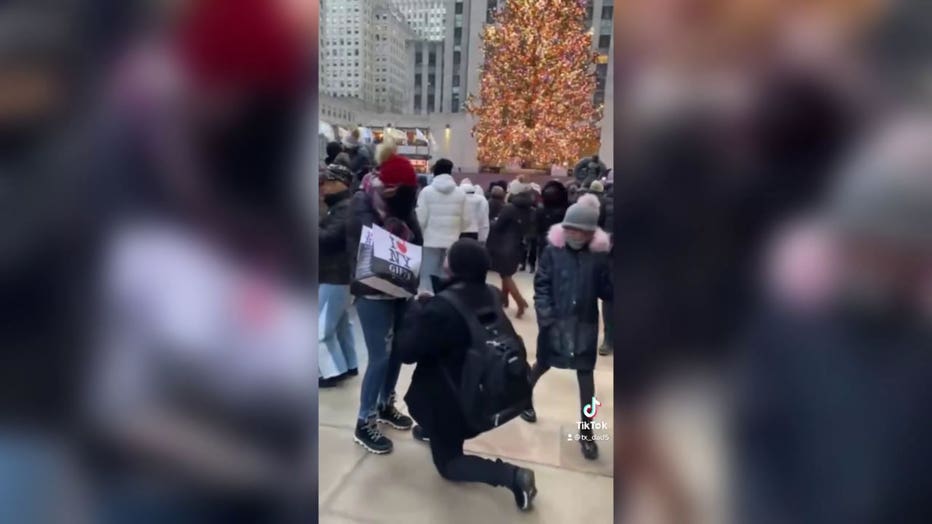 "On Christmas Eve, I had her friend Raven, flew out, we did a secret photography shoot by Rockefeller Center and that’s where the magic went down and happened," said Cole Sanford from Lubbock.

The couple had a Southwest flight booked for Dallas on Monday.

The flight was canceled, and the two decided to rent a car and drive back to DFW, but it took a $300 Uber to Philly to finally get a rental.

"There were limited cars, we were lucky to get a car. There was four on the lot," said Sanford.

Dallas hotels also saw an increase in customers because of the delays.

The Embassy Suites on Northwest Highway near Love Field told us they had a steady flow of customers who were stuck in Dallas.

READ MORE: American Airlines says it will cap fares for some cities amid Southwest's high rate of cancelations

While driving across the country wasn't the original plan for the newly engaged couple they say it was a good experience.

"Actually we enjoyed the drive back a little bit. Jammed out in the car, played some games, got to see some things we weren’t able to see, so sometimes alternate routes can be a blessing as well," said Sanford.

The couple made it back to DFW on Wednesday, so while many are mad and frustrated, people are trying to make the most of a bad situation.