Police say the gun used to kill Jalexus was in her car, and she tried to hide the gun. And when she lied to her husband about the road rage incident, she allegedly told him she fired the gun.

DALLAS - Police documents reveal why a child endangerment charge is now a manslaughter charge against a Dallas mother whose 3-year-old son was shot in the head.

Police say the gun used to kill Jalexus was in her car, and she tried to hide the gun. And when she lied to her husband about the road rage incident, she allegedly told him she fired the gun.

The new details describe a timeline that led police to believe Lacravionne allegedly shot and killed Jalexus, but it’s still unclear where the actual shooting happened. 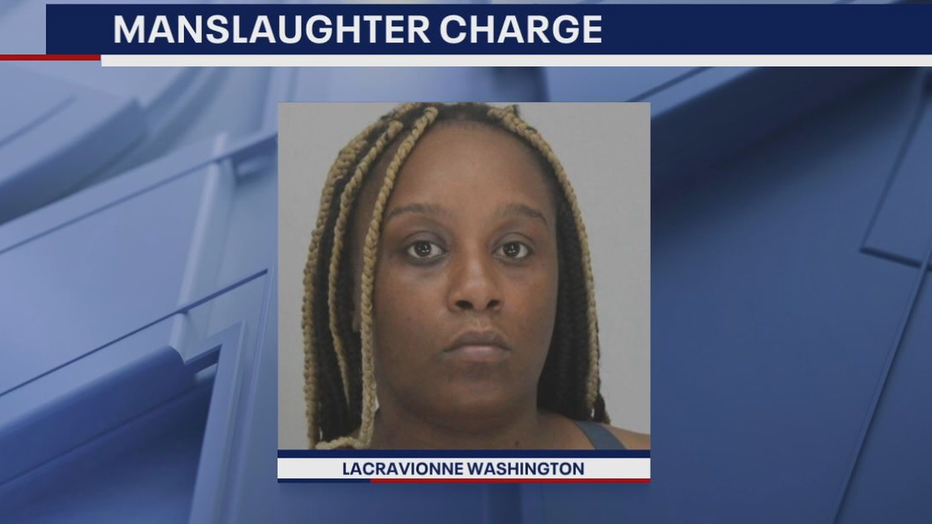 Dallas police believe Lacravionne "recklessly killed" her 3-year-old son, who died from a gunshot wound. Police say she attempted to get rid of the gun and faked a road rage incident.

Arrest documents made public Monday shed a little more light on why Lacravionne is now charged with manslaughter after initially being arrested on child endangerment and evidence tampering.

According to the arrest warrant, Washington drove her son to Medical City Dallas on March 28. He had a gunshot wound to his head.

A witness told police Lacravionne tried to hide something under her shirt as she got out of her car.

Police say a mother and her 3-year-old son were at a Dallas donut shop Monday morning. Less than 20 minutes later, she was at the hospital emergency room with her son shot in the head.

Lacravionne’s 4-year-old daughter, who was unrestrained in the car with her siblings, told detectives she watched her mom hand a gun to her dad.

Police found a gun inside the car, but it wasn’t the gun used to shoot Jalexus.

Police say the gun used to shoot Jalexus was found on his father when police arrested him on outstanding warrants and unlawful carrying of a weapon.

Police say Lacravionne initially told them she was the victim of a road rage incident where two shots were fired. She claimed she had a gun in the glove compartment and reached for it but never fired it.

An autopsy revealed Jalexus died from a gunshot wound at "close range," and that it’s not possible he was struck by a bullet coming from another car. 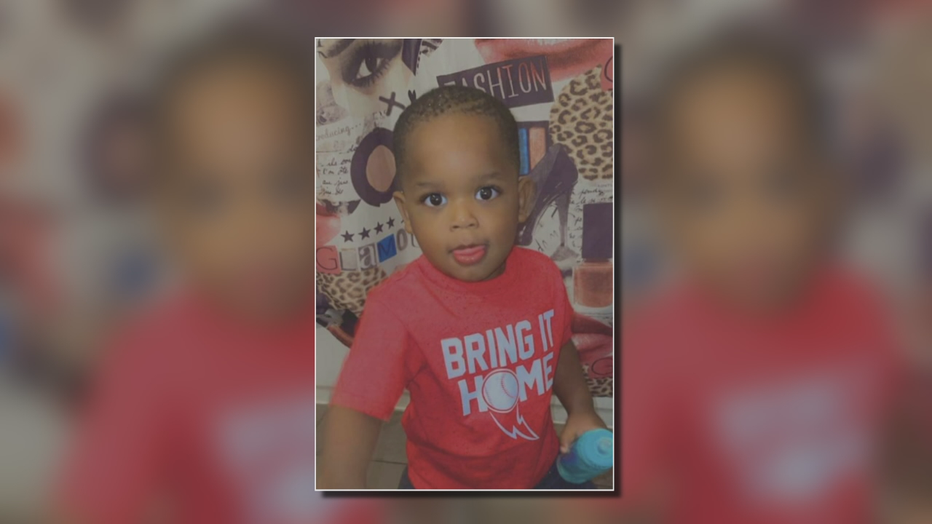 When the boy’s father was interviewed by police, he said Lacravionne also told him the road rage story. But her version to him was apparently different. In that version, he said she told him she "fired back" at another driver. He also confessed to police that she handed him the gun wrapped in a cloth and told him to hide it.

That evidence led police to upgrade the charges against Lacravionne to manslaughter last week.

But questions about what actually happened in the car, including whether Lacravionne really pulled the trigger herself or if she’s covering that up too, remain in the air.

It may be a long time before we actually know what happened in that car the morning of March 28.

Lacravionne is still in jail. If she gets out on bond, we are told she will be put on an electronic monitoring device.