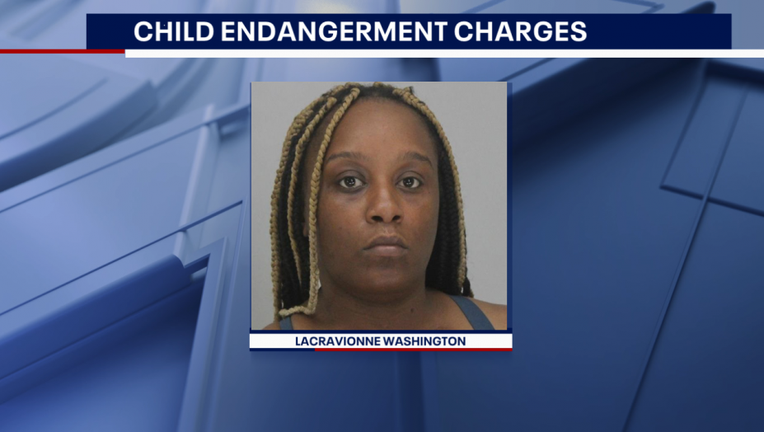 DALLAS - The mother of a Dallas 3-year-old who died after being shot in the head is now back in custody and facing a manslaughter charge.

Dallas police said they charged Lacravionne Washington, 26, with manslaughter in connection to the death of her son, Jalexus Washington Jr., on March 28.

Washington was out on bail for previous charges filed in this case. She was located and arrested again on Wednesday.

She initially claimed he was shot by another driver in a road rage incident. But police said her story did not hold up, and they found evidence that the shot came from inside the car.

An autopsy report revealed the boy was shot at close range.

Police have not said who they think pulled the trigger.

Police say a mother and her 3-year-old son were at a Dallas donut shop Monday morning. Less than 20 minutes later, she was at the hospital emergency room with her son shot in the head.

The boy's father is charged with tampering with evidence.