Two children stranded in Monday’s flooding talked about their experience and how a passing school bus came to their rescue.

DALLAS - Two children stranded in Monday’s flooding talked about their experience and how a passing school bus came to their rescue.

The kids were rescued after a Dallas ISD school bus driver and bus monitor spotted them in fast-moving water and used seatbelts from the bus to pull the siblings to safety.

FOX 4 first talked to the driver and the monitor Wednesday.

RELATED: 'It had to be God': Dallas school bus driver, bus monitor help save kids from floodwater

The brother and sister thought it was safe to play in the rain, but they quickly found themselves in trouble.

"It was horrible, my legs were stuck," 11-year-old Gabriel Garner said.

Gabriel was pinned against a tree Monday morning.

He and his 13-year-old sister, Trinity Miller, were playing outside their Southeast Dallas home when fast-moving floodwaters swept them into the brush.

Neither of them can swim.

"My sister was pushing me into the tree without her knowing," Gabriel recalled.

"I was trying to hold on to the tree because I was slipping away," Trinity said.

Their mother's boyfriend went in after them and got stuck too.

The fast-moving water was about four-feet high.

Tina Garner, who had her 4-year-old with her, said she felt helpless.

"I was scared because I thought I was going to lose my kids," she said. "I didn't know how much longer Luis was going to be able to hold on to them."

That's when a Dallas ISD school bus happened to drive by the chaotic scene near Belt Line and CF Hawn Freeway.

Bus driver Simone Edmond and bus monitor Tekendria Valentine told FOX 4 on Wednesday how they ended up there after being detoured from their normal route to pick up a student who turned out to be a no-show.

"It had to be God to send me that way because I don't normally go that way," Edmond recalled.

Once they saw what was happening with the stranded kids, they took action, tying removable straps used to secure wheelchairs to throw to neighbors forming a human chain.

The quick thinking paid off.

The daring rescue was caught on camera.

A Dallas ISD bus driver and bus monitor helped save two kids who were being swept away by floodwater by tying together seat belts from their special education bus.

"So we grabbed the strap of the belt," Gabriel said. "Boom, we got in. My legs were shaking with anxiety."

In the video, Gabriel can be heard repeatedly thanking Valentine, who was recording.

"I want to give you a hug thank you so much," he said.

His sister was pulled safely inside too.

"I was telling her, ‘Push your feet down, help yourself climb,’" their mother recalled.

The soaked siblings caught their breath on the bus.

Trinity reflected on just how scary the situation was.

"I was thinking, we need some help because I'm not going to be able to do it," she said.

Their mom is grateful to everyone who stopped to help, knowing time was of the essence.

"They were frantic, they were panicking," she said. "I started crying, I was so relieved." 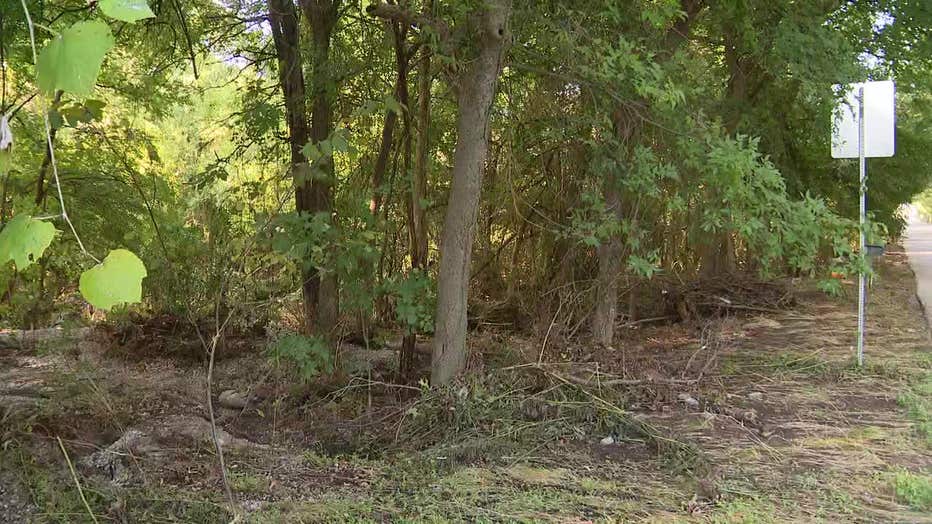 "It was quite an experience," Gabriel said. "I'm very grateful."

A Dallas ISD spokeswoman said the hope is to publicly recognize the bus driver and monitor at a future school board meeting, though that date has not yet been determined.

Tina said she also wants to thank her neighbors who put their lives at risk helping to save her family.