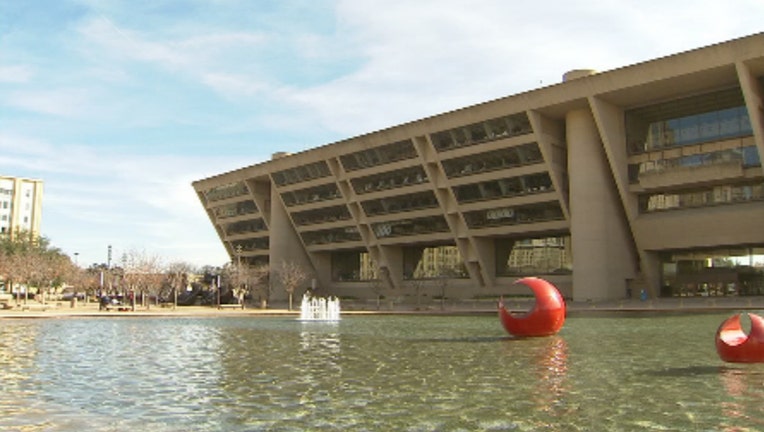 DALLAS - There is still intense debate over funding for the Dallas Police Department with just one day left before the city council has to make some tough decisions.

The council is weighing whether to cut $7 million from DPD’s budget for overtime. Some members are in favor. Others including Dallas Mayor Eric Johnson are fighting it.

The mayor of Dallas is at odds with most of the city council over taking a small amount of money from the police and putting it into other projects. FOX 4's Steve Noviello explored both sides, starting with Councilman Chad West.

“The narrative that has been presented on hashtags and Twitter and social media is really about defunding the police. No one is defunding the police. Even after the $7 million overtime amendment, DPD is still getting $8 million more than it got last year in its $500 million-plus budget,” West said.

Part of the plan West supports reallocates resources based on a study that found DPD needs to do a better job of moving around certain assets.

“What this amendment does is put 42 more uniformed officers on patrol versus sitting at desk jobs. And it puts civilians into that desk job,” he said.

RELATED: Hall: Dallas PD will respond to incidents even if overtime budget is reduced

But what happens if police need to pay officers overtime for something like riots or a disaster? West said the city always puts aside some reserves that could be used for an unexpected situation.

“I feel better about putting in a cap right now so that they’ve got to come back and ask for it and show us that they’ve put that system in checks and balances in there instead of just opening the check book for the next year.

Steve Noviello also talked to Mayor Johnson, who called it inappropriate to try to defund the police right now.

Mayor Johnson: It’s inappropriate to try to defund the police

FOX 4's Steve Noviello takes a look at the other side of the debate over proposed cuts to the Dallas police budget. He talks to Mayor Eric Johnson, who is at odds with much of the city council.

Johnson said the $8 million increase in funding West referenced is about 2% of the department’s budget or just enough to keep up with inflation.

“What we are not doing and why I say this budget is absolutely underfunding our police department is we are not even keeping up with attrition and we’re not funding the squad cars that we had in the budget originally that the police officers in our city desperately need to do their job to the tune of about $1.5 million. We’re slashing that. So I would say that this is definitely underfunding the police,” he said.

The mayor believes putting civilians in some police jobs to get more officers on the streets is a great idea. He said he proposed the idea first.

His critics don’t think it’s fair to those affected.

“Our concern was that the proposed cut wasn’t based on any kind of research or comparisons. It would really impact the folks making around $60,000. And to be frank, if you reduce someone even below the $60,000 threshold which this could have done, it puts you into the affordable housing matrix which we the city are responsible for trying to find public subsidies to try to get you into house,” West said.

He and other council members also worry that the city could lose valuable employees to retirement or other jobs because of the cuts.

“We’re talking about a 1% reduction. That’s far less than the pay increases that those same employees have experienced over the past few years at city hall,” Johnson argued.

Johnson also argued the idea that such a cut would send a city employee into the affordable housing matrix is absolutely absurd.

“It’s easier in this current political environment to pick on the police department,” he said. “I don’t think that we’ve seen enough evidence that there is rampant abuse of our overtime system. The fact of the matter is that we are down officers to COVID-19 and we are behind the 8-ball when it comes to hiring just as a pure mathematical fact. And as the mayor of the city and the one person who is elected for the entire city, not one sliver of it but everybody, I can’t stand for it.”

The mayor has proposed his salary cuts twice and twice the city council has voted against. So why is the issue still up for debate?

“I’m still hearing the rhetoric though emails and communications from the mayor’s office, from social media about, ‘Don’t defund.’ And I really wanted to come out here today and I appreciate you giving me the opportunity to clear that up and explain that not a single one of us is talking about defunding DPD,” West said.

Johnson said the fact that it is still being talked about was one of his goals.

“I wanted to bring the public into the debate. Defunding the police when the city is in the middle of a violent crime uptick like the city of Dallas is in and we’ve been in for two years now is wholly inappropriate,” he said.