ROWLETT, Texas - Inside a packed city council chambers on Tuesday, Rowlett city leaders and the public debated whether the mayor did the right thing when she proclaimed June as Pride Month in the city and commemorated it by lighting the city's water tower in pride colors.

It was a heated debate at times. The chambers were so packed there weren’t enough places to sit. Public comment opened at 7:30 p.m.

A Rowlett proclamation honoring pride month and lighting the water tower in pride colors is being met with support and also severe pushback from those who want it reversed.

It started on June 1. 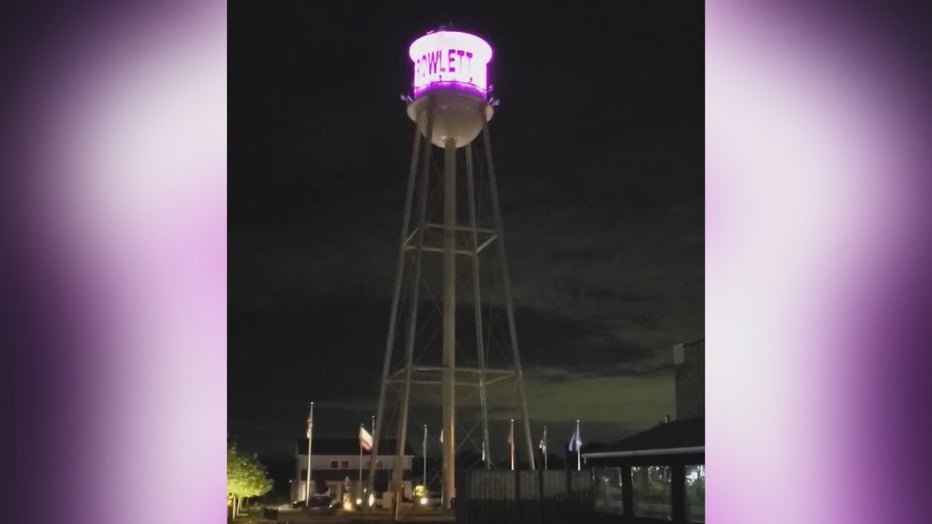 It included lighting the tower in rainbow colors to celebrate. But after several complaints, the lights were turned off after only running for one night.

FOX 4 obtained screenshots of some of the emails.

One of them was written by Councilwoman Martha Brown to the city manager. It says: "The proclamation is an embarrassment to everyone and asking for a majority vote from the council." Brown questions why the council didn’t have any input.

Public comment on the topic was allowed before the council Tuesday.

Members of the Diversity, Equity and Inclusion Commission and their supporters in the community took to the podium adamant the proclamation should stay.

Church leaders and other community members who are fiercely opposed to the proclamation also signed up to speak.

"I do disagree with some of the choices people make. And, mayor, I strongly disagree with your decision to go along with a proclamation in this nature without consent of the entire city council," said Cornerstone Church Pastor Brian Hiatt. "By making this a citywide proclamation, you lumped us all together with the LGBTQ lifestyle and I am not in agreement with it."

"Recognition like these are critical because they shine a light on groups who fear to be in public spaces and they say to these groups, we see them and we welcome them to participate," said Diana Moore, chair of Rowlett’s Diversity, Equity and Inclusion Commission. "Unfortunately, with this agenda item, the council is sending the opposite message. The initial joy has turned to hurt. "

The council tabled the motion Tuesday night and did not make a decision.