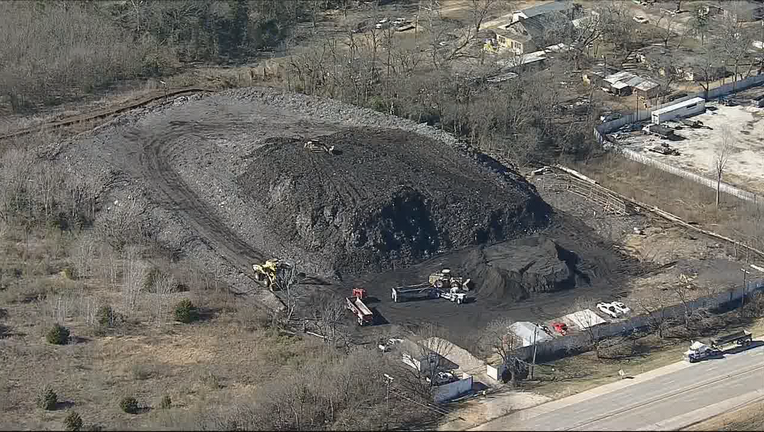 DALLAS - Crews have finally begun the process to remove the eyesore in Dallas known as shingle mountain.

The massive pile of shingles is in southeast Oak Cliff, near Interstate 20 and Interstate 45.

The city has been fighting a recycling company in court to stop them from dumping the waste at the location.

City Councilman Tennell Atkins said the court entered a judgment that allows a city contractor to remove the shingles.

"We are nearly at the end of a two year journey, involving the tireless work of the City’s legal team and various City departments. We are hopeful this process will alleviate concerns from surrounding community members and emphasizes the City’s commitment to a clean environment," he said in a statement.

The shingles will be moved to McCommas Bluff Landfill, where it's set to be recycled.

It's estimated shingle mountain will be fully removed by March 2021.

$450,000 deal being finalized to clean up 'shingle mountain' in Dallas