New federal guidelines on the distribution of monoclonal antibodies are threatening to temporarily shutter some infusion centers set up across the state.

FERRIS, Texas - New federal guidelines on the distribution of monoclonal antibodies are threatening to temporarily shutter some infusion centers set up across the state.

Monday, the Department of Health and Human Services announced it would be rationing supplies to states because of a surge in demand for the therapeutic treatment for COVID-19.

But some local officials are gravely concerned the change will cut off access to treatment, especially for those in rural communities.

Officials in Ferris said their center may have to shut down.

The Ferris city manager said demand for this treatment is so great that they will likely run out of the drug by Friday and may have to temporarily shut down until they can get more.

"We’re now literally caught in limbo, and it’s going to cost people their lives, we’re having to turn them away," city manager Brooks Williams said.

The infusion center in Ferris just opened Monday and has already serving about 200 people.

City officials were expecting to treat up to 120 people a day and accept walk-ins, but because of severely limited monoclonal antibody supplies, that number is only 35 a day, by appointment only. 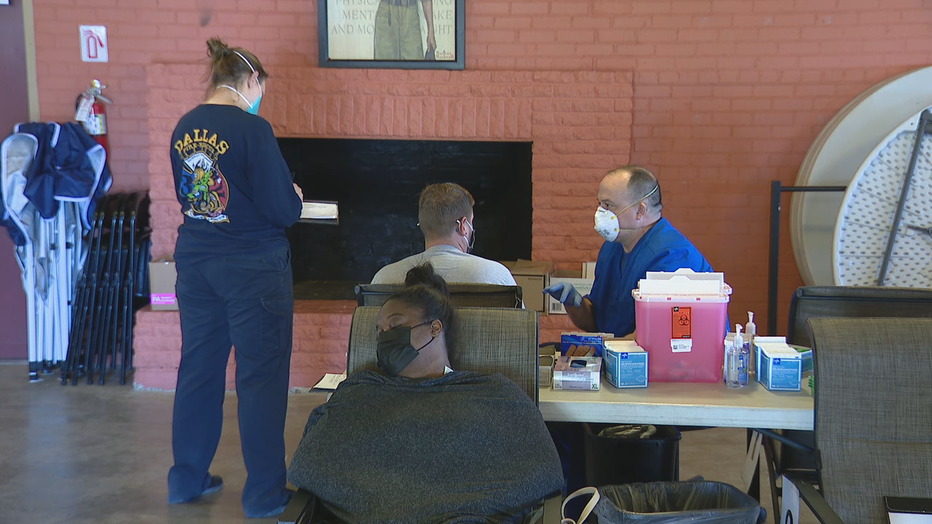 Instead of being able to directly order the treatment drug from distributers, the new federal policy requires infusion centers to get it through the state, similar to the rollout of the vaccine when supplies were limited.

"We are working feverishly to put together a system on how we then will be distributing to our own providers here in Texas and trying to do it as proportionally, as fairly, as equitably, as we can do it," said Doug Loveday, with the Texas Department of State Health Services.

This week, Texas will be getting one of the largest supplies of monoclonal antibodies, with more than 23,000 doses.

But state health officials said that because of unprecedented demand and limited supply, infusion centers will be getting a much smaller amount than before.

And it will take several weeks before supply can catch up with demand.

"It's going to be a much lower amount coming to the state, and so a lot of these orders will not be completely fulfilled. There's just not enough supply," Loveday said.

In the meantime, local officials are working with federal representatives to get more doses, and they said communities hard hit with COVID-19, like Ellis County, will suffer.

"ICU beds are already at critical levels and if you remove the ability to get this treatment, what we’re going to have now is a further strain on our hospital system and death," Williams said.

Ferris city officials said that appointment times will be posted online as they become available. Click here for more information.