This week’s Quinnipiac poll has Abbott up seven points over O’Rourke. With the border a top priority of the majority polled and likely the only debate between the candidates, O’Rourke has a lot of ground to make up.

DALLAS - Gov. Greg Abbott and Democrat challenger Beto O'Rourke will hold their first and only debate of the governor's race Friday night.

Polling continues to show O’Rourke could still be in striking distance of the governor's lead.

This week’s Quinnipiac poll has Abbott up seven points over O’Rourke.

With the border a top priority of the majority polled and likely the only debate between the candidates, O’Rourke has a lot of ground to make up. 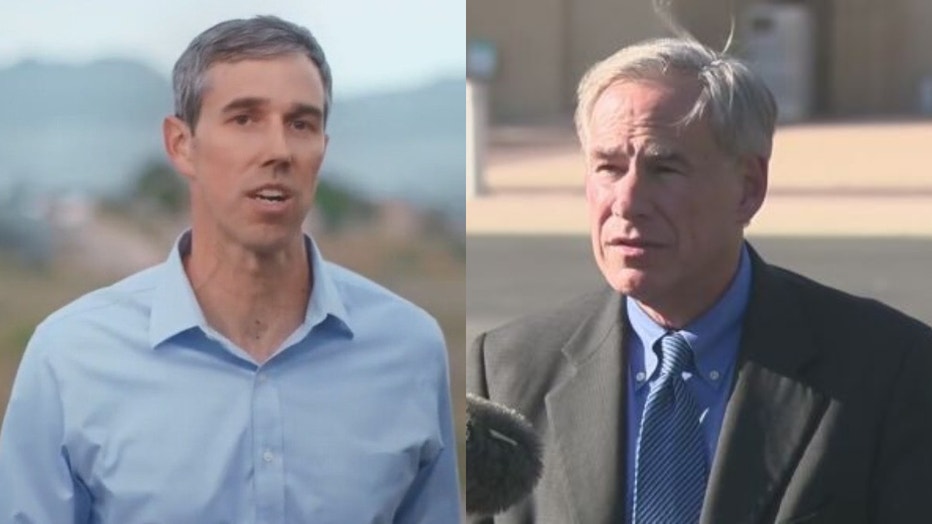 Texas Gov. Greg Abbott has a commanding lead over Democrat challenger Beto O’Rourke out of the gate, according to a new Quinnipiac poll.

O’Rourke has packed venues across Texas heading into the November election, but the visual momentum is not reflected in recent polls.

This week a Quinnipiac poll has Abbott with a seven-point lead three weeks before early voting.

"Polls could always be a little off. But this race though has been remarkable for its stability," said SMU political scientist Matthew Wilson. "Almost every poll released by anybody for this whole year has shown Greg Abbott up somewhere between 6-10 points."

One topic continues to give wind to Gov. Abbott's sail: the border crisis.

Despite the overturning of Roe V. Wade and a mass shooting at an elementary school that reignited school safety and gun rights debates, the survey showed the border is the top priority for those polled in Texas.

The debate will be held on the evening of September 30.

The location of the debate is near the border, setting up a challenge for O’Rourke.

"This is an opportunity for him to distance himself from President Biden, to offer criticism of Biden’s approach on the border," Wilson said. "I think that is what he will have to do because there is widespread dissatisfaction in Texas with the Biden border approach, and he knows this is an issue that is hurting him a lot."

O'Rourke told FOX 4 in August he thinks President Biden is not doing enough to combat the record surge at the southern border.

About 38% of those surveyed by Quinnipiac said the border is the most urgent issue in Texas, 17% said abortion and 11% said inflation.

Prior to the debate, O'Rourke will hold a press event with families of Uvalde victims lobbying to raise the age to buy an assault-style rifle.

Wilson says abortion and the gun debate are part of a good strategy. But all polls show despite the national interest in those topics, Texans care more about the border.

"He will have to have something compelling to say about how he as governor would react to the border situation. Otherwise, that major issue will remain unaddressed on his side," he said.

If the trend holds, Wilson and other political scientists say this is Abbott’s race to lose. But if post-debate polling changes, it could be a whole new race.

"We see several polls that were to show Abbott’s lead dropping below five points. That would be noteworthy," Wilson said. "Conversely, if we were to see a series of polls after this debate with Abbott’s leads above 10 points, then I think that’s all she wrote."